Into the Wild Hardware Safari: Page 3 of 3 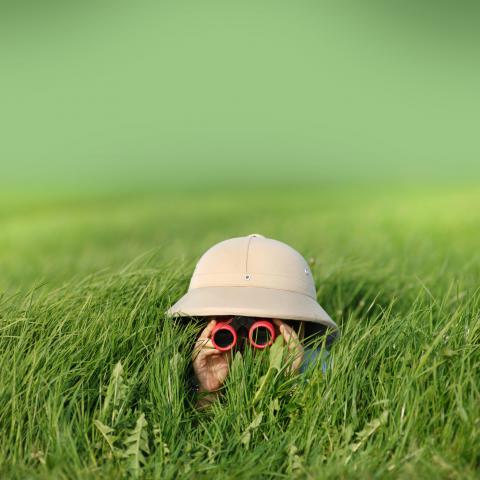 Climb aboard the ChannelPro tour bus to view the latest in the technological circle of life. By Matt Whitlock
Tweet

As we continue our tour, look out the windows for scenic views and … virtual information? Crikey! Everyone hold still! Please don’t panic. What you are seeing isn’t actually there! While we were out examining the mice, some augmented reality devices (periphum visius augmentum) must have snuck on board. I’ll try to remove mine to see what we’re deali 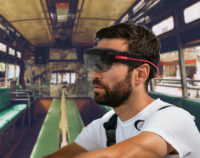 Ah ha! This is a flock of Lenovo’s ThinkReality A6 augmented reality displays! No wonder it managed to sneak over your peripheral vision undetected; a unit weighs a mere 380 grams, making it one of the lightest head-mounted displays in the wilderness. With the ability to swap out batteries, the A6 could have had us fooled for a long, long time before we realized what was going on. Simply pinch and slide the headband connector to convince your headset to let go. These devices don’t mean any harm, so once you get yours removed, simply set it outside the door and we’ll move on.

We’re going to wrap up our tour with one final stop. This is the IoT innovation quarantine area; it is brimming with hardware breeding at an explosive rate. Researchers have tried to contain it, but this category of hardware (connectivus deviceum) is multiplying and expanding so rapidly that the evolutionary and generational change is affecting the entire ecosystem. Internet-connected sensors are proliferating and spreading at rates like mosquitoes and flies during the Cretaceous Period.

The voracious data center servers don’t exist in numbers large enough to consume the vast amount of information these sensors produce, so a new breed of server has emerged to fill that void in the circle of data processing life.

Take that one, for example. The Dell Edge Gateway 5000 (computum servus edgeictus) serves as a natural and necessary filter to the vast number of sensors in the wild, ensuring that rapid response occurs and larger servers have more nutritious material to feast upon. To fill this role in nature, it exhibits powerful processing, rugged design for many environments, heat and cold tolerance, and so on.

The Dell model isn’t alone. There are some from Hewlett Packard Enterprise, like the HPE Edgeline EL300, and over there you can see some Lenovo ThinkSystem SE350s looking to feast on IoT data, and over there is some …

It’s a swarm attack! Close all Windows (get it?) and doors! Driver! Get us out of here!

Phew! That was a close one. Once an edge server swarm surrounds you, it’s almost impossible to get away. Here at ChannelPro Tours, we’ve only scratched the surface of the huge amount of hardware and devices in the IoT world. If you want to delve deeper, IoT playbook has more in-depth tours.

Now that we’re safe and sound, ChannelPro Tours would like to thank you for touring with us. We’ve only viewed a small sampling of the amazing hardware out there, and so we hope you’ll join us on a future adventure. Please visit the gift shop on your way out and pick up a souvenir mousepad (periphum mouseeus surfictus). Thank you.