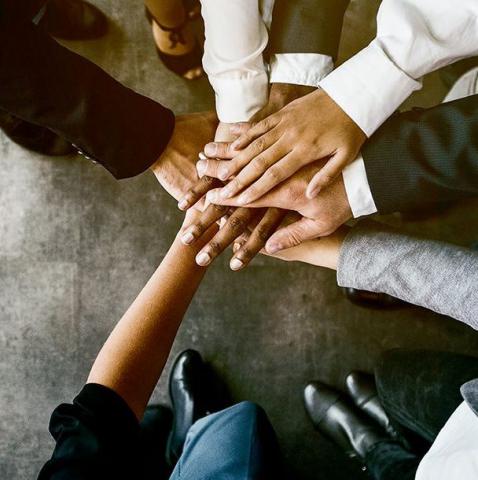 A better understanding of the customer, increased innovation and creativity, plus a wider talent pool are all benefits of a workforce that includes everyone. By Colleen Frye
Tweet
Reader ROI:
A DIVERSE WORKFORCE can boost your bottom line and spur innovation and creativity.
THE TECH INDUSTRY still lags in D&I, but efforts from companies, organizations like CompTIA, and others are signs of progress.
BUILDING A PIPELINE of diverse candidates requires outreach to nontraditional channels and a sensitivity to unconscious bias.

THE U.S. IT INDUSTRY is spectacularly good at many things. Building a diverse workforce, sadly, isn’t one of them. Indeed, recent research from the U.S. Government and Accountability Office shows that female, black, and Hispanic individuals still make up a smaller proportion of the technology workforce than the overall U.S. workforce.

There are signs of progress, though, both at the corporate level and on the part of individuals taking it upon themselves to move the needle with diversity and inclusion (D&I).

For example, according to the 2017 State of Diversity Report from San Francisco-based collaboration software developer Atlassian Corp., 72 percent of U.S. tech workers say D&I initiatives are important to their company and 75 percent have some kind of diversity program in place.

In an August 2017 keynote speech, Todd Thibodeaux, CEO of IT membership organization CompTIA, challenged channel pros to do more, arguing that the industry could collect an additional $400 billion annually if the ethnic and gender makeup of its workforce better reflected the nation’s talent pool.

“Financially, a one percentage point move toward representative diversity leads to a three-point increase in revenue,” he said.

Balanced teams better understand their customers too, he adds: “When you have a diverse employee base inside, you connect better to the market externally.”

Amy Kardel, chairwoman of CompTIA’s board of directors and president of Clever Ducks, an IT solution provider in San Luis Obispo, Calif., confirms that observation, noting that her diverse workforce looks more like the firm’s clients. “I think it helps us keep business,” she says. “I hope it helps us get business.”

Hiring broadly makes finding new employees easier too, Kardel adds. “The labor market is so tight,” she observes. “We’ve been able to expand our workforce.”

“When you have a diverse employee base inside, you connect better to the market externally.”

Though the IT industry is making progress on diversity, barriers remain. “You see a lot of stereotyping in addition to unconscious bias,” Blanche says of the hiring process.

That, in turn, creates a chicken-and-egg problem. “Women and people of color are more likely to feel excluded, or experience harassment or discrimination, which means they leave [the industry] at higher rates,” Blanche states. “What that’s done is create a lack of role models.”

Amy Babinchak, a Royal Oak, Mich.-based MSP who is also a leader of CompTIA’s Advancing Women in Technology community and founder of Third Tier, which provides tech support to IT pros, has experienced bias firsthand. “When I was working for other companies, I was constantly challenged to prove myself,” she recalls, noting that clients routinely peppered her with questions at the start of consulting assignments. “They didn’t trust I was sent there as a qualified person,” says Babinchak, who used to ask her male colleagues if this happened to them as well. It didn’t.

ICYMI: Our Channel News Roundup for the Week of January 17th
END_OF_DOCUMENT_TOKEN_TO_BE_REPLACED

LG Gram for Business 17 (2020): Big Reasons to Like It
END_OF_DOCUMENT_TOKEN_TO_BE_REPLACED