Why Should You Care about Blockchain? 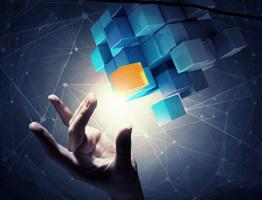 Introduced in 2009 for Bitcoin, blockchain provides cryptographically protected transactions across supply chains and e-commerce systems. By Samuel Greengard
Tweet
Reader ROI:
Because blockchain creates an immutable record it will play a significant role in the years ahead.

As the digital economy takes shape, there’s a growing recognition that cybersecurity is at the center of everything. Ensuring the integrity of transactions among connected supply chains and other systems is paramount.

Enter blockchain. Although the technology remains on the leading edge of e-commerce and supply chain management, it’s rapidly gaining attention and moving into the mainstream. “There’s a need for an irrefutable chain back to the truth. It’s something that is lacking in many areas of security,” says Josh Goldfarb, vice president and chief technology officer for emerging technologies at security firm FireEye Inc., of Milpitas, Calif.

Simply put, blockchain introduces a distributed and cryptographically protected ledger system that allows parties involved in a transaction to track and trace the movement of an item with a timestamp. Each block includes the hash of the prior block in the blockchain. This makes it extraordinarily difficult to forge or tamper with. The technology was developed for the virtual currency Bitcoin and introduced in 2009.

“Blockchain is significant because this technology allows multiple entities that do not completely trust [one another] to exchange information without a trusted intermediary. This allows the parties to save a lot of money by decreasing transactional expenses,” explains Victor Lysenko, vice president of blockchain solutions for infrastructure services firm Acronis International GmbH, of Burlington, Mass.

Blocking Out a More Secure Future
IT consulting firm Gartner Inc. reports that blockchain will take hold over a five- to 10-year timespan. Yet a growing number of businesses—from major banks and automobile manufacturers to firms that track valuable gems and the government—are already testing or using the technology. Security firms are also incorporating it into products.

Acronis, for instance, has launched an initiative to deliver “tamper-proof” data storage with verifiable sync and share solutions that leverage blockchain to guarantee data authenticity, privacy, and control. “Blockchain enables every physical [or virtual] product to come with a digital ‘passport’ that proves its authenticity and origin and thus prevents the selling of fake goods,” Lysenko explains.

For now, the biggest issue surrounding the technology is that it remains relatively immature and it hasn’t undergone thorough testing in the real world. However, Lysenko believes that as the hype fades and adoption rises, blockchain will become a key technology for business and government. He suggests that channel pros and others tune into news and developments in blockchain technology, and experiment with it when and where it makes sense.

Says Lysenko: “Blockchain security may not impact the SMB channel directly. They will consume the technology as part of a whole solution and sometimes they might not even know they use the blockchain. In general, they will pay less for security.” Adds Goldfarb: “Because blockchain creates an immutable record it will play a significant role in the years ahead.”