Which Public Cloud to Choose?: Page 2 of 2 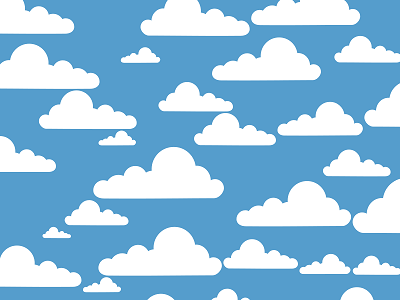 Are you migrating customers to an infrastructure- or platform-as-a-service environment? These are your options. By Megan Santosus
Tweet
Reader ROI:
With public clouds, evaluate functionality as well as price.
Also consider the skills needed to efficiently run applications.

Microsoft Azure
Microsoft’s foray into the public cloud space is its Azure platform. Like AWS and Google, Microsoft has a global collection of data centers through which partners can tap into the public cloud. However, “Microsoft is changing the value proposition [of moving to the cloud],” says Hoff. “It has a unique advantage in that Microsoft owns the whole stack.” In particular, Microsoft Azure is a great option for migrating Windows-centric workloads, and “VMs running Windows OS can effectively incorporate enterprise licensing agreements,” Hoff says.

In addition, Microsoft Azure offers a variety of pricing models, and partners can access a number of add-on capabilities and management services via a marketplace geared toward developers. Another plus, says Orlando Bayter, CEO of Ormuco, a platform delivery provider in Montreal, is that Microsoft is a newer entrant in the public cloud space. “AWS and Google built their clouds back when the concept was that everything in the cloud was going to be public,” he explains. Now that organizations have requirements in terms of data sovereignty, hybrid clouds are a reality, and Microsoft Azure supports this concept. While Bayter asserts that the public cloud is great for development and some applications, there will be a growing need for private clouds; channel partners that want to bridge public and private with a single cloud can do so with Microsoft Azure.

OpenStack
An open source option, OpenStack has steadily been gaining adherents, according to Ken Pepple, CTO of Solinea, a cloud strategy and integration company in San Francisco. “OpenStack is designed to support underlying technologies, whether it is Xen, VMware, KVM, or Hyper-V—OpenStack is flexible,” he says. As open source, he adds, “You can see all the code and easily integrate OpenStack into operations.”

For Kamesh Pemmaraju, the flexibility afforded by OpenStack is one of its biggest selling points. “It is easy to move workloads, and there is flexibility to make changes to the code quickly,” says Pemmaraju, vice president of marketing for Mirantis Inc., a cloud services company in Mountain View, Calif. “As a pure-play open source company, you can respond to your customers by making changes for them, and you have more control over your own destiny.” In addition, Pemmaraju contends that OpenStack’s six-month release cycle results “in a pace of innovation you will not get from proprietary companies.”

OpenStack is not without its challenges. “There are a lot of projects within OpenStack, and it does take a lot of skill to run it efficiently at scale,” Pemmaraju says. Those channel partners new to the cloud would do well to work with an OpenStack distribution to get up and running quickly.

Keep Bottom Line in Mind
With competition fierce, public cloud vendors offer a variety of services to meet almost every need, and pricing is continually in flux. For Hoff, more important than price per gigabyte or another such metric is the bottom line. “Look at which vendor is going to be cheapest to deliver a workload,” he says.