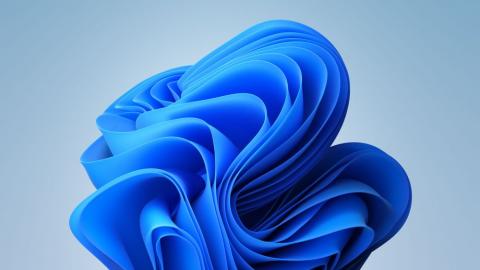 THE IMPACT OF CLOUD COMPUTING on the business world is indisputable. In recent years, organizations of every shape and size and across virtually every industry have revamped and rewired the way they operate, innovate, and work. So, when Microsoft announced Windows 365 in July 2021, many viewed the virtual PC streaming framework as the next phase in the evolution of computing and information technology. The service, which delivers a complete Windows experience through Azure Cloud, is designed to simplify IT management, cut costs, and improve numerous processes, including security.

The streaming PC concept is part of a larger trend toward desktop-as-a-service (DaaS) frameworks. According to Gartner, 72% of business leaders plan to expand their investments in the category, which is projected to grow by nearly 27% in 2022.

Nevertheless, streaming PCs aren’t for every organization or every situation. As a result, channel pros must recognize when and where the framework delivers value. “It’s possible for the channel to play an important role in guiding companies,” states Eric Linneman, director of cloud services at Buchanan Technologies, an MSP headquartered in Dallas.

Desktops Move into the Cloud

Delivering services and applications through the cloud isn’t a new concept for Microsoft, but Windows 365 ventures into new territory. Hosted on Azure Virtual Desktop (which remains available as a separate and more robust product), it introduces a streamlined and simplified way to tackle numerous tasks. For example, Microsoft 365 enables an organization to create an image—loaded with preconfigured settings—and push it out to users on different devices, including desktop PCs, laptops, tablets, and even smartphones.

“It means that you can literally purchase licenses and then use these virtual cloud PCs as needed,” Linneman says. “Windows 365 eliminates the need to buy and provision hardware and software for every device.” You can also enforce consistent settings—and even build in an RMM agent—and then limit or lock down all the systems if and when it’s necessary, he explains.

Adds Carl Mazzanti, co-founder and president of eMazzanti Technologies, an MSP in Hoboken, N.J., “There’s no shipping, no unwrapping, and no packaging. The problem of buying chips and processors goes away.”

This makes Windows 365 attractive for enterprise customers—particularly those that need to scale compute resources up and down rapidly, such as during Black Friday or Valentine’s Day. But it’s also valuable for SMBs such as law firms, real estate companies, and consultancies, as well as businesses that rely on virtual call centers or have a highly distributed workforce, Mazzanti says. “For companies that need a high level of control—and even different settings for different groups of employees or contractors—it’s ideal. People can bring their own device and be up and running immediately.”

In addition, it’s easy to plug in single signon and Microsoft’s identity management and governance environment through Azure landing zones, which allow users to combine applications, platforms, and other subscription services in a single virtual space. As a result, organizations can approach identity management, authentication, governance, and security controls in a highly modular, flexible, and scalable way. Windows 365 accommodates SAML 2.0 and FIDO2, which support passwordless IDs and more advanced forms of multifactor authentication (MFA). This, according to Sam Barhoumeh, founder and CEO of Ready Networks, an Evanston, Ill.-based cloud MSP, makes it much easier for users to build in a stack of applications without the need for multiple passwords and constant logons.

Kaseya Acquires ConnectBooster
Oct 13: Your RMM Is Your Most Important Security Tool – 5 Tips To Reduce Risk and Grow MRR
END_OF_DOCUMENT_TOKEN_TO_BE_REPLACED