When IT Meets AV: How to Incorporate Audiovisual Services into Your Lineup 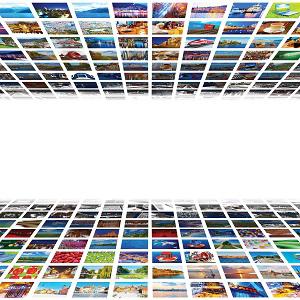 Rising business demand and continuing technology convergence are pulling channel pros into the world of AV. By Carolyn Heinze
Tweet
Reader ROI:
AV AND IT are quickly converging, creating new opportunities for channel pros.
NEWCOMERS TO AV must either provide training to current team members or hire experienced professionals.
ATTENTION TO THE AUDIO SIDE of AV is crucial. What good is seeing a speaker without hearing his or her voice?
AV IS A GREAT PLACE TO PARTNER. You can scale a practice by leveraging the expertise of others.

IN MID-SEPTEMBER, InfoComm International, a trade association representing the professional audiovisual industry, announced that it will henceforward be known as the Audiovisual and Integrated Experience Association, or AVIXA. The reason for the name change, according to the organization’s leadership team, was to recognize the inclusion of new, nontraditional audiovisual companies into its fold—including IT and other technology firms.

It’s not difficult to figure out what’s attracting channel pros to AV, either. According to Fairfax, Va.-based AVIXA’s latest market analysis, released in August, there’s serious money to be made in conferencing and meeting room solutions. Sales of pro AV products in the United States alone generated $53 billion in 2016, the study says, and are expected to grow 4 percent per year through 2022. Streaming media, storage, and distribution platforms now make up 26 percent of that market in the Americas, racking up $17 billion in revenue last year.

What’s more, AV and IT aren’t completely separate entities anymore. With an increasing number of audiovisual technologies operating on IP networks, one could argue, in fact, that AV and IT are one and the same.

“There are a lot of reasons for IT pros to move into AV, because it’s starting to look more and more like the [solutions] they’re using every day,” says Joshua Rush, vice president of marketing and product development at Audinate Inc., the Portland, Ore.-based developer of the Dante audio networking platform. “From offering printers, servers, PCs, and laptops on their network, they can now add AV equipment as well, and manage it in much the same way they do with their other products.”

That said, there are some subtle—and some not so subtle—differences between AV and IT. Here are a few of the things channel pros need to consider before jumping in head first.

The first decision newcomers to AV should make is whether to invest in training for their existing employees or hire people who already have relevant experience.

For Sequoia Ramsey the choice was obvious. Ramsey, who is president and CEO of Realistic Computing Inc. (RCI), an applications, AV, managed, and IT services firm in Owens Mills, Md., hired a veteran audiovisual expert six years ago. Opportunity was knocking for her firm at the time: AV/IT convergence was in full swing, and the person she ended up recruiting was seeking a new position. A seasoned AV professional, he served initially as a part-time consultant. That eventually led to RCI launching a new department for him to manage with a small team of full-time AV technicians.

“With IT services, you just go do the work and get out, and then you get paid. You have more cash flow [issues] to think about when you get into this type of business.”

“We wanted to make sure that we had the right folks on board, and he was able to help us with that,” says Ramsey. She points out that adding this knowledge base was necessary since AV is not her traditional domain.

“Everything that my different teams do, I’ve had a touch in and have done it before. AV is different,” Ramsey explains. “Honestly, I took it for granted and thought if it was a projector and a screen, you could connect it and be good to go. But there’s a lot more science behind it.”

And a lot more drawings too. Depending on the deployment, AV providers may need help from architects, interior designers, and acousticians. That’s a good reason to have someone on staff who can read and understand blueprints, floor plans, and CAD drawings. Those tools ensure that the various trade professionals involved in the project aren’t stepping on each other’s toes.