What's Going On with the Marketplace Fairness Act of 2013? 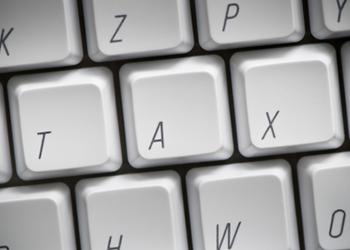 S.743, which would allow states to collect sales tax from large e-commerce businesses regardless of nexus, has been passed by the U.S. Senate, but looks to be stalled in the House. By Geoffrey Oldmixon
Tweet

Don't lose sight of S.743, better known as the Marketplace Fairness Act of 2013. Though the 113th Congress has largely busied itself in the last month with immigration reform legislation, this tax law issue has not yet been dropped from the agenda.

The proposed bill, which was passed by the Senate mid-May 2013 and now faces House scrutiny, would permit states and local governments to require e-commerce businesses with $1 million or greater in revenue to collect sales tax regardless of “nexus.”

This could have wide-sweeping effects down the road, especially when it comes to cloud-based services. MSPs and software-as-a-service providers may be required to tax each customer regardless of whether the service provider has a presence in the state, city, or town of its customer.

NEXUS AND THE CLOUD
Currently, under precedence set by a 1992 Supreme Court of the United States ruling, Internet sellers are not required to charge local sales tax so long as they themselves maintain no physical presence in the state, city, or town of the transaction's customer.

Many local governments have challenged this ruling, however, due to a perception that it unfairly disfavors brick-and-mortar shops, most of which charge sales tax to their entire customer base, made up of walk-in customers. Moreover, some states have begun to challenge the standards by which products and services are determined to be taxable in the first place.

According to tax attorney Kelley Miller of the Pittsburgh-based firm Reed Smith LLP, states traditionally apply sales tax to anything “seen, felt, weighed, or measured.” But what does that really mean?

“There are some states taxing the sale or lease of server space as property,” Miller told Channelpro-SMB last year. “They say that what is being stored there is something that can be seen, felt, weighed, or measured. Therefore, its storage is seen as the sale or lease of a tangible item.”

SUPPORT & OPPOSITION
So far, there have been a few surprises surrounding the politics of S.743, The Marketplace Fairness Act. For example, online retail giant Amazon.com is in support of the legislation while trade organization Electronic Retailing Association (ERA) is not.

“The growing opposition to efforts rushing quick passage of the proposed Marketplace Fairness Act (S. 743) is ample proof that a real and honest conversation is needed before this legislation moves through the Senate,” states Bill McClellan, ERA's vice president of government affairs, in an April 2013 press release. “Businesses across the country have grown increasingly concerned with this complex proposal and its impact on consumers, remote retailers, and the economy.”

WHAT'S NEXT?
Though the Marketplace Fairness Act bill has passed the Senate, it still must pass the House before moving onto the White House. As is, the bill's future looks bleak.
Upon Senate passage of the bill, Speaker of the House John Boehner (R-Ohio) was reported by Bloomberg news as saying the tax law would create “a mess out there.” He added, “What you're doing is you're going to make it much more difficult for online retailers to be able to comply.”

Currently, the bill has been referred by House leadership to the House Committee on the Judiciary for determination of constitutionality.