What’s Up This Week: September 26-September 30 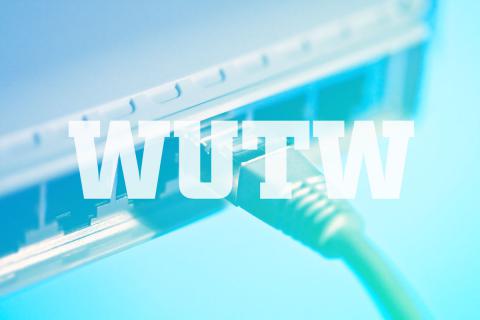 A bevy of major vendor conferences, a late stop on The ASCII Group’s 2016 Success Summit tour, and the 36th birthday of the world’s favorite LAN protocol are all part of the week ahead for the SMB channel. By Rich Freeman
Tweet

Conferences for partners of Microsoft, Autotask, Continuum, and SYNNEX, news from Independence IT, and the anniversary of a special day in the history of networking are all up ahead for the SMB channel this week.

Reader ROI: One of Microsoft’s “big four” annual events, Ignite targets IT professionals, and by extension channel pros. Microsoft will officially launch the new Windows Server 2016 server operating system at this year’s edition, which includes over 60 sessions’ worth of content about that product. There’s likely to be plenty of talk about future products and technologies at today’s 9:00am EDT keynote by Scott Guthrie (pictured), executive vice president of Microsoft’s Cloud and Enterprise Group, and 4:00pm EDT presentation by CEO Satya Nadella, both of which will be streamed live over the interwebs. The Microsoft Ignite Celebration party takes place Thursday evening under the stars in Centennial Olympic Park.

Reader ROI: Data science may be the second part of this event’s name, but it’s the top focus of the agenda. There’s plenty of content about the intersection of machine learning and big data too, though, including a couple of “deep dive” sessions about utilizing Microsoft’s Cortana Intelligence Suite in analytics solutions. Speakers include the legendary Dr. Edward Tufte (pictured), a statistician, artist, and retired Yale professor once described by The New York Times as the “Leonardo da Vinci of data.”

Reader ROI: Attendees will have a wide array of breakout sessions and expert panels to choose from, but the big draw will be this morning’s keynote by president and CEO Mark Cattini and vice president of product management Patrick Burns, which is sure to include a preview of where Autotask’s solution lineup is headed in the coming year. (Spoiler alert: As we reported in April, deep integration between Autotask’s combo RMM/PSA solution and Workplace file sync and share offering is likely to be part of the picture). ChannelPro will be onsite and all over this event, so check in regularly for in-depth coverage.

Reader ROI: We can’t say more than that until tomorrow, though, so come back then to learn all about it.

Reader ROI: As its name suggests, the show is all about inspiring VARs to offer the latest products and solutions to their customers. SYNNEX expects over 1,300 people to attend, including 475 resellers from across North America. ChannelPro executive editor Cecilia Galvin will be there asking senior SYNNEX executives about the Tech Data/Avnet deal, hot market opportunities, and everything else you’d ask yourself if you were there in person.

Reader ROI: Big change is afoot in the RMM space, and anyone interested to know how that’s playing out for Continuum will want to be at Navigate this year. CEO Michael George presents this afternoon and former mindSHIFT CEO and recently appointed Continuum board member Paul Chisholm speaks on Friday. NBA legend Bill Walton keynotes on “success and overcoming adversity” in between them on Thursday. The show is sold out, but fear not if you don’t have a ticket: ChannelPro will be onsite and reporting from the show floor.

Reader ROI: The second to last stop on this year’s nine-city tour, the conference features all the vendor and thought leader presentations attendees have come to expect from The ASCII Group’s popular events, plus presentations on real-world experiences by fellow channel pros and an appearance by former Steely Dan and Doobie Brothers guitarist turned (no, really) national security expert Jeff “Skunk” Baxter. ChannelPro will have a booth in the expo hall, so stop on by and say hello if you’re going to be there.

Reader ROI: It contains lots of interesting data on technology budgets, among other topics, so come on back Wednesday for complete coverage.

Reader ROI: Kinda, sorta. We’re talking, of course, about Ethernet and you’ll have to cut us some slack here. Descended from an earlier protocol named Aloha, Ethernet was born in the 1970s at the celebrated Xerox PARC R&D facility in Palo Alto, Calif. The first Ethernet specification, though, was published on September 30, 1980. Five years later it evolved into the unassumingly named but hugely influential IEEE 802.3 standard.

Tags:
What’s Up This Week
ChannelSense
Microsoft
Autotask
SYNNEX
Independence IT
Continuum
ASCII
Xerox
There Were Giants in Those Days