What’s Up This Week: September 19-September 23 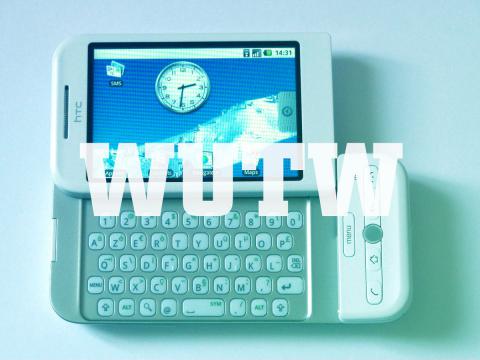 The biggest event of the year for Oracle partners, the debut of a new SMB Nation roadshow, and a landmark day in the history of two Microsoft competitors are all part of the week ahead for the SMB channel. By Rich Freeman
Tweet

Oracle, SMB Nation, Red Hat, and the very first Android-powered smartphone all play a part in the SMB channel’s week ahead.

Reader ROI: As its pending acquisition of SaaS ERP vendor Netsuite and most recent quarterly earnings report only reaffirm, Oracle is betting big on cloud computing. Not surprisingly, then, the agenda for its annual user and partner event—which includes a dedicated SMB track—is jam packed with cloud-related content.

In addition to chairman and CTO Larry Ellison and co-CEOs Mark Hurd and Safra Catz, speakers at this year’s OpenWorld include Golden State Warriors head coach Steve Kerr and economists Austan Goolsbee and Mark Zandi. In a transparent case of attempted one-upmanship over an arch rival, the attendee party Wednesday night features not only Gwen Stefani, who performed at Microsoft’s Worldwide Partner Conference in July, but Sting as well.

Reader ROI: Oracle’s yearly conference for Java developers takes place right up the street from OpenWorld on the same dates. Keynoters include members of the company’s top Java brass, plus senior executives from IBM and Intel. There will be plenty of tutorials, hands-on labs, and training sessions as well. Attendees have access to the same Gwen Stefani/Sting show as the larger crowd at OpenWorld.

Reader ROI: The one-day, Microsoft-focused conference covers design, migration, and implementation best practices for Microsoft Azure and Office 365, with a smattering of Windows content thrown in for good measure. Sponsors include AppRiver, StorageCraft, SYNNEX, and Webroot, among numerous others.

Reader ROI: Two of the conference’s three tracks focus on traditional embedded systems topics, but the real reason to consider a visit to ESC this year is the third track dedicated to building and profiting from Internet of Things solutions. Legendary game developer Chuck Carter, of Myst and Command and Conquer fame, is among the keynoters.

Reader ROI: The Linux leader reported 18 percent year-over-year revenue gains three months ago, just days before uncorking a gusher of container-related announcements at its annual summit event and a couple of months before rolling out updated virtualization and private cloud platforms. Those are strategic markets for a lot of major IT vendors, and today’s financial update will reveal how smoothly Red Hat is transitioning to them from its legacy client-server businesses.

Things worked out differently, however, for Google’s Android operating system, which reached a milestone of its own on September 23, 2008, when HTC unveiled the world’s first Android-powered smartphone. Available in white, black, and bronze, the charmingly antiquated, pre-touch HTC Dream (pictured, and aka the T-Mobile G1) featured a slide-out physical keyboard and trackball navigation device. From those humble origins, Android has gone on to seize over two thirds of the mobile OS market, leaving little behind but crumbs for Microsoft’s Windows Phone platform.