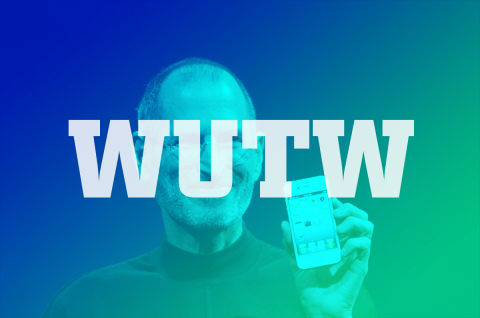 Five simultaneous conferences in two convention centers, product news from Kaseya, and the anniversary of the best and worst date in Steve Jobs’s storied career are all up ahead this week for the SMB channel. By Rich Freeman
Tweet

Four security conferences, three HP and Hewlett Packard Enterprise events, earnings news from Oracle, and a date associated with both defeat and triumph in the life of Steve Jobs are all part of the week ahead for the SMB channel.

Reader ROI: Like HP and HPE themselves, this year’s Global Partner Conferences are distinct yet closely related. HP’s show features a joint appearance this morning by CEO Dion Weisler with Microsoft CEO Satya Nadella. Speakers at HPE’s conference include Meg Whitman and 2016 ChannelPro 20/20 Visionary Paul Dippell (pictured). A jointly hosted “Celebration Event” for partners of both firms is scheduled for Tuesday evening. And though we can’t offer even the barest of hints, we can tell you that HP and HPE both have non-trivial announcements in the works for their partners, and that we’ll have complete coverage of them for you right here.

Reader ROI: Both ASIS International and (ISC)² are membership organizations for security professionals. InfraGard is a partnership between the FBI and private sector organizations focused on safeguarding the homeland. All three groups are joining forces this year to host what promises to be a densely packed several days of content on everything from cloud security and incident response techniques to protecting U.S. electrical grid components from online and physical attacks. Speakers at the three-in-one show include U.S. Department of Homeland Security secretary Jeh Johnson, FBI director James B. Comey, former deputy national security advisor Elliott Abrams, and former Nightline host Ted Koppel.

Reader ROI: Yep, that’s right, there’s actually a second HPE show and fourth security conference taking place this week. This one will give over 2,000 expected attendees access to training courses, technical boot camps, and speeches by the likes of Sue Barsamian, head of HPE’s security products division, and Alex Tapscott, co-author of Blockchain Revolution, a book about bitcoin’s radically transparent transaction ledger and its implications for “money, business, and the world.”

Reader ROI: The WAN optimization vendor’s one-day event includes morning keynotes and afternoon breakouts on networking in the era of cloud computing, mobility, and the software-defined data center. A 45-minute session in between will introduce attendees to SteelConnect 2.0, Riverbed’s new software-defined WAN solution.

Reader ROI: And we’ll tell you everything you need to know about it just as soon as the news goes public, so come on back for more details.

Reader ROI: A giant name in databases and ERP software, Oracle is rapidly establishing a footprint in cloud computing as well, most recently by acquiring hosted ERP provider NetSuite. Last quarter, the company’s cloud revenue grew 66 percent even as overall revenue declined 1 percent. Today’s earnings update will reveal whether or not that hot streak continues.

Reader ROI: Least favorite because September 16, 1985, is when he resigned his post as chairman of the tech industry trailblazer hatched in his parents’ garage, after losing a power struggle with CEO John Sculley. Most favorite because Jobs was named Apple’s interim CEO on September 16, 1997, following the ouster of predecessor Gil Amelio after a $708 million quarterly loss. It was another three years before “interim” fell from Jobs’s title, and a further year after that before the launch of the first iPod set Apple on a course to becoming the world’s most valuable company, with a market cap that today stands north of $540 billion.

Jobs resigned for the second and final time on August 24, 2011, a little over 5 years ago and some 6 weeks before his death from complications related to his long struggle with pancreatic cancer. Gone but never forgotten, Steve! Those of us who can barely face the thouht of making it through the day without our trusty iPhone and iPad salute you.

Kaseya Has Faster Patching, Cloud Management, and Cloud Security on its Roadmap for the Year Ahead
END_OF_DOCUMENT_TOKEN_TO_BE_REPLACED

LG Gram for Business 17 (2020): Big Reasons to Like It
END_OF_DOCUMENT_TOKEN_TO_BE_REPLACED