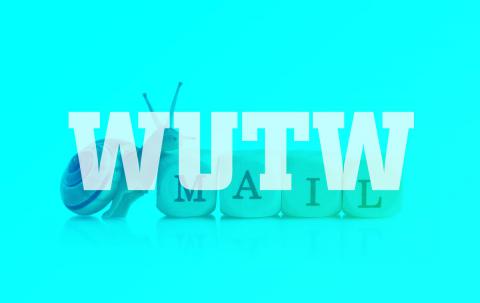 Salesforce’s big (make that BIG) annual user conference, Google’s mystery product launch, and a milestone in the history of the technology that turned “mail” into “snail mail” are all part of the week ahead for the SMB channel. By Rich Freeman
Tweet

The Woodstock of conferences for fans of cloud-based CRM, three Golden State stops on the SMB Nation Tour de Cloud, and reasons to celebrate both snail mail and its arch nemesis are all ahead this week for the SMB channel.

Reader ROI: We say “continues” because the show got underway yesterday. Hosted by business intelligence membership organization TDWI, it offers an extensive lineup of half- and full-day training sessions on big data, predictive analytics, data governance, and other topics, as well as a two-day bootcamp designed to kick start a (probably lucrative) career in data science.

Reader ROI: Everything about Dreamforce is big, from the 150,000 or so attendees and 2,000+ sessions to the celebrity studded list of keynote speakers, seemingly endless list of sponsors, and Wednesday night concert appearance by none other than U2. Will the news Salesforce announces at the event this year be equally big? Like pretty much everyone else in IT, we’ll be watching closely to find out.

Reader ROI: They’re being coy about exactly what it is they plan on unveiling, but judging by the company’s loudly dropped hints it will include a new smartphone or two. Google watchers expect a much longer list of products to make their debut, however.

Reader ROI: If you’re not already registered to be there, you’re probably out of luck because virtual reality gadget maker Oculus is no longer accepting “applications” from would-be attendees. The chosen few granted entrée are in for three days of design and engineering workshops plus speaking appearances by VR trailblazers, Oculus CEO Brendan Iribe, and (maybe, just maybe) Facebook CEO Marc Zuckerberg.

Reader ROI: Why should Southern Californians be the only ones with access to the Tour de Cloud? Bay area channel pros get their turn today.

Reader ROI: Actually, it isn’t. The annual birthday salute to the Universal Postal Union, a membership organization and standards body for global postal services created in October 1874, occurs Sunday the 9th. But we’re telling you about it now while there’s still time for your kids to get in on the associated international letter writing competition. Also because we can’t help but wonder whether it’s irony, coincidence, or both that another mail-related milestone takes place this month: Ray Tomlinson reportedly hit send on the very first email 35 years ago in October 1971.

Fear not, though, Universal Postal Union. While Tomlinson’s act did mark the start of a process that eventually turned what was once known simply as “mail” into “snail mail,” it doesn’t appear that actual, as opposed to virtual, messages are going away any time soon. The U.S. Postal Service alone delivered 154.2 billion items last year.