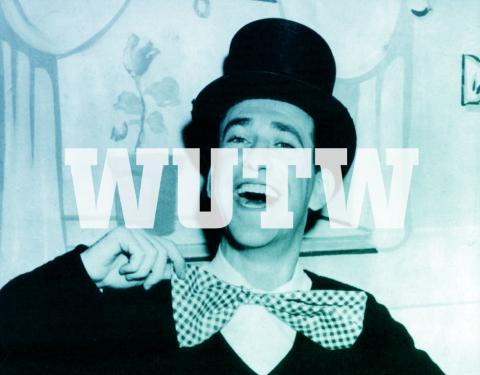 Product and partnership news from Lenovo, earnings updates from multiple tech industry bellwethers, and as good a reason as any to enjoy some time with a gone-but-not-forgotten comedy legend are all up ahead for the SMB channel this week. By Rich Freeman
Tweet

Dell EMC’s inaugural user and partner conference, the last SMB TechFest event of 2016, and an excuse for those of a certain age to reunite with a comedy great are all part of the week ahead for the SMB channel.

Reader ROI: That’s about all we can share for the moment, but we’ll have complete details for you later today.

Reader ROI: This year’s edition of the customer and partner event formerly known as Dell World is the first since Dell closed its acquisition of EMC, re-dubbed itself Dell Technologies, and named the data center portion of its business Dell EMC. In addition to usual suspects like mobility, big data, and security, the event agenda is heavy on content about converged infrastructure, hybrid cloud, and all-flash storage. Attendees will get an advance look at Dell EMC’s plans for 2017 in those and other market segments late Wednesday when CMO Jeremy Burton (pictured) delivers a product roadmap overview, apparently while dressed as Batman or something.

Reader ROI: The latest semi-annual gathering of Tech Data’s TechSelect partner community comes weeks after the distributor’s blockbuster acquisition of Avnet’s technology solutions group and weeks before the debut of Microsoft’s new cloud-based Dynamics 365 business applications offering. ChannelPro will be on the scene asking top Tech Data executives about those and other topics. Keep your eyes on this website to find out what we learn.

Reader ROI: The 3 percent year-over-year revenue growth this tech industry bellwether reported in July looked better in the context of consistently weak PC sales than it did in isolation. Things haven’t gotten much better in the PC market or for semiconductors generally since then either, but Intel seems to be doing fine just the same, based on its announcement in September that it’s on track to beat revenue projections issued just two months earlier. Today’s earnings conference call will be the first shot most analysts and investors have had to quiz Intel executives about the pending spin-off of the company’s security business.

Reader ROI: Citrix’s last financial update arrived on the same day as word that it had spun off its GoToMeeting unit in a complex transaction that resulted in LogMeIn taking control of GoToMeeting and Citrix taking a majority stake in LogMeIn. Expect some more talk about that deal during today’s conference call, along with at least a little discussion of the company’s evolving and expanding partnership with Microsoft, which includes the August revelation that Microsoft will be replacing its Azure RemoteApp service with a forthcoming Citrix solution named XenApp “express” due to reach market early next year.

Reader ROI: The latest in SMB channel community leader (and ChannelPro 20/20 Visionary) Dave Seibert’s popular series of conferences features thought leadership content on both business and technology issues and an expo hall boasting some 20 vendors. And since no 2016 TechFest event would be complete without a very expensive sports car to take pictures with, a McLaren 570S (pictured, in its native habitat) will be on display as well. If you can tear yourself away from it for a few minutes, we welcome you to visit us during lunch at the ChannelPro booth.

Reader ROI: Though it tilts more than a little toward the enterprise end of the IT market spectrum, this event offers a pretty good opportunity to take in a lot of Internet of Things content in a quick two days. Attendees will hear from over 200 speakers and 100 exhibitors about everything from connected homes, cars, and cities to uses for IoT technology in industrial settings and service businesses.

Reader ROI: There were signs of momentum for AMD in its last earnings report, which revealed 9 percent year-of-year revenue growth and a reduction of operating losses from $137 million to $8 million. That good news came just weeks after decidedly less rosy news about power problems in the new Radeon RX 480 GPU, which have since been fixed. We’ll find out today if that stumble out of the gate has hurt RX 480 shipments and get a first look as well at how the RX 470, RX 460, and 7th Generation AMD PRO APU, all of which debuted in the last few months, are faring so far.

Today is also when we find out if Microsoft’s cloud business has extended its torrid growth streak—last quarter’s earnings report included a 63 percent year-over-year revenue increase for Office 365 and a 120 percent revenue spike for Microsoft Azure. We’ll be even more interested to hear what kind of expectations Microsoft sets for its newly launched Windows 2016 operating system and the aforementioned Dynamics 365.

Reader ROI: Actually, there’s no such thing, but the comedian and TV host died seven years ago tomorrow, and with so much not the least bit funny happening in the world we figured that was as all the excuse we needed to share this video of Sales chatting with Pookie the Lion, one of the regular cast members on The Soupy Sales Show. It’s a quick trip down memory lane for those of you old enough to remember Sales and a chance for everyone else to sample the gloriously goofy, spontaneous energy of a daytime television program ostensibly aimed at kids that generally operated way above their heads.