What’s Up This Week: November 7th to November 11th 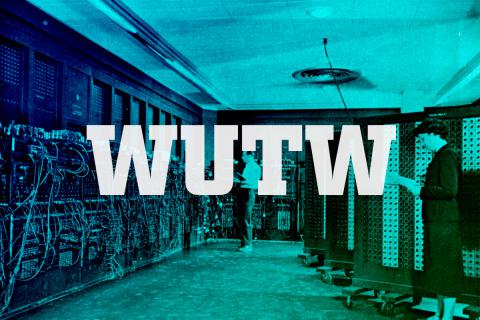 A busy week for the SMB channel includes SYNNEX, ConnectWise, and D&H events, an earnings report from NVIDIA, a presidential election, Veterans Day, and the birthday of the author who invented the computer-loves-human story. By Rich Freeman
Tweet

Big SYNNEX and ConnectWise conferences, an earnings update from NVIDIA, and the birthday of the man who pioneered the computer-loves-human tale are all on the SMB channel’s agenda this week.

Reader ROI: The latest semi-annual Varnex conclave features keynotes by senior vice president for North American marketing Bob Stegner, show sponsors Dell EMC, Hewlett Packard Enterprise, and Lenovo, and Hall of Fame NFL running back Jerome Bettis (pictured). There are also two days of breakouts on new products, sales and marketing, personal time management, and more. ChannelPro will be on the scene and meeting with top SYNNEX brass, so check back on our website for daily coverage.

Reader ROI: The two top components of Microsoft’s cloud platform—Azure and Office 365—dominate the agenda at this one-day event, along with Windows 10. Attendees will learn about migration, implementation, and solution design best practices for those products and hear from AppRiver, SkyKick, Trend Micro, and other conference sponsors as well.

Reader ROI: And if you haven’t voted already, make sure to mail in your ballot or visit your polling place today—even if you’re among the sizeable majorities who view both major presidential candidates unfavorably.

Reader ROI: Today’s agenda consists of training sessions by Ingram Micro, IT Glue, and StorageCraft, among others, plus the first IT Nation Hack-a-Thon, which will pit teams of developers against one another in a quest to win prizes for the best solutions for five specific partner-requested needs.

The real action commences bright and early tomorrow though with CEO Arnie Bellini’s keynote outlining the year ahead for MSPs generally and ConnectWise users specifically, and continues Friday with a presentation by Keith McFarland, author of The Breakthrough Company: How Everyday Companies Become Extraordinary Performers. Does ConnectWise have any new products up its sleeve, as rival Autotask did at its partner conference in September? ChannelPro will be there to share all the details if it does.

Reader ROI: The chip maker will have a hard time topping its Q2 results. Fueled by brisk sales of GPUs based on its new Pascal architecture, NVIDIA’s revenue jumped 24 percent on a year-over-year basis while per-share earnings spiked 56 percent. With new Pascal processors and new products bearing them continuing to reach market, however, there’s every reason to expect another strong set of numbers this time around.

Reader ROI: The holiday, which occurs every November 11th, was called Armistice Day when it first occurred in 1919. Back then it honored men and women who served in the military during World War I. In 1954, however, the federal government re-named the holiday and expanded it to encompass everyone who has served the U.S. in uniform. If that includes you, ChannelPro issues you a warm and richly deserved thank you.

Reader ROI: Or it would be if the much-loved writer hadn’t passed away at age 85 in 2007. Best known for novels like Slaughterhouse-Five and Cat’s Cradle, Vonnegut also published a short story named “EPICAC” featuring a computer (based on ENIAC, pictured above, the groundbreaking mainframe first powered up in 1946) that commits mechanical suicide when it realizes that its love for one of its users can never be requited.

These things are hard to determine definitively, of course, but “EPICAC” appears to be the first in a line of computer-loves-human and human-loves-computer stories that includes “From Agnes—With Love,” the 1964 Twilight Zone episode in which Wally Cox discovers that the room-sized computer he programs has the hots for him, and 2013’s Her, in which Joaquin Phoenix and an artificial intelligence named Samantha (voiced by Scarlett Johansson) fall for one another. It’s just one of the ways Vonnegut’s work has been influencing fellow scribes for decades.