What’s Up This Week: November 28th to December 2nd 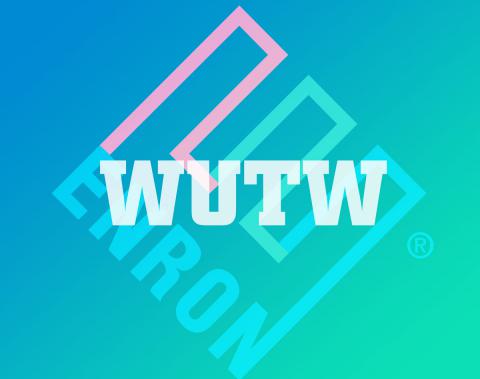 Three big conferences, a first look at Nutanix’s books, and the anniversary of a landmark event in the history of corporate fraud (and perhaps high technology) are all up ahead for the SMB channel this week. By Rich Freeman
Tweet

Major conferences by Amazon Web Services, Ingram Micro, and Hewlett Packard Enterprise, plus the anniversary of a tech innovator’s historic implosion, are highlights of the week ahead for the SMB channel.

Reader ROI: Like the company hosting it, re:Invent is a giant—so big, in fact, that it takes three separate venues to accommodate its 24,000 expected attendees and 400 sessions. Training, certification exams, and hackathons dominate the show’s agenda today and tomorrow, but the real action gets started on Wednesday when AWS CEO Andy Jassy delivers his keynote address.

And as long as you’re in Vegas, why not place a bet on Jassy focusing at least some of his stage time on artificial intelligence? With everyone and their uncle making AI pronouncements these days, Amazon is sure to have plans of its own to announce. We’ll be watching as well to see how much time Jassy devotes to the strategic hybrid cloud computing alliance with VMware that AWS announced in October. And you can watch too, if you like, because AWS is live streaming Jassy’s keynote and others right here.

Reader ROI: Overshadowed a bit by that enormous Amazon show taking place at the same time in the same town, Ingram Micro’s event is arguably more relevant to a greater swath of the SMB channel. Today’s general session is heavy on security-related content. Tomorrow’s features a keynote by author and marketing guru Seth Godin (pictured), a channel chief panel discussion with executives from Acronis, Cisco, and Microsoft, and an appearance by Ingram Micro CEO Alain Monié. ChannelPro will be on the scene from start to finish and reporting everything you need to know right here at this website.

Reader ROI: We seriously doubt many of our readers will be in attendance, and ChannelPro won’t be either for that matter. But we’ll be keeping an eye on the proceedings anyway, largely because HPE broke a ton of news at the U.S. edition of Discover back in June. Might they have some additional product launches or updates to share this time around? We could tell you, but then we’d have to kill you, so why not just come back to the ChannelPro website tomorrow and check in on our complete coverage instead?

Reader ROI: Strictly speaking, this isn’t the latest quarterly update from Nutanix. It’s the first since the hyperconverged infrastructure leader’s rocket-powered IPO in September. So now everyone who bid the company’s stock up over 131 percent that day (it’s since come down a bit) gets a chance to assess how over- or undervalued an investment they’ve made. We’ll also undoubtedly get the view from on high of the network visualization, security, and orchestration features Nutanix rolled out earlier this month, and maybe even a word or two about the expanded alliance with Lenovo we reported on in October.

Reader ROI: Time flies, doesn’t it? Seems like just yesterday that Enron, which was once listed seventh on the Fortune 500 and generated $111 billion worth of revenue in 2000, was responsible for one of the most epic, fraud-laden corporate collapses in history. In fact, however, it was precisely 15 years ago this day. Easily forgotten from today’s vantage point is that Enron was once regarded as a pioneer in both online commodities trading and broadband networking. And while both of those markets came away from the Enron debacle tarnished, the company’s high-tech bets actually look pretty good a decade and half later, don’t they?

Indeed, much as the bursting of the dot.com bubble, which occurred right around the same time, turned out to be a speed bump for cloud computing, Enron’s demise delayed rather than ended the rise of several important present-day technologies. Alas, it didn’t put an end to corporate scandals either.