What’s Up This Week: November 14th to November 18th 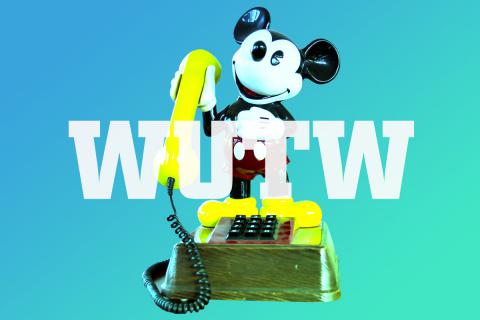 News from overseas SolarWinds MSP and Kaseya conferences, a big Microsoft developer event, and an even bigger anniversary for fans of Mickey Mouse and push-button dialing are just some of what lies ahead for the SMB channel this week. By Rich Freeman
Tweet

European gatherings for SolarWinds MSP and Kaseya partners, two application performance management conferences, and a big anniversary for fans of Mickey Mouse and push-button dialing are all up ahead for the SMB channel this week.

Reader ROI: This should be an interesting conference. LOGICnow partners have been predictably anxious ever since SolarWinds acquired their vendor of choice in June. The departure of former general manager Alistair Forbes and appointment of ex-CFO John Pagliuca as his successor in September only has them asking more questions. Pagliuca, partner community and field marketing leader Dave Sobel, and other SolarWinds MSP execs will be working hard to soothe frayed nerves while simultaneously hosting a sort of coming out party for the new SolarWinds MSP brand.

ChannelPro will be on the scene live, believe it or not, so tune in to our website for detailed coverage of all the action.

Reader ROI: We say “possibly final,” of course, because Avnet sold its Technology Solutions group to Tech Data in September, and the fate of this invitation-only conference is undoubtedly one of many things yet to be determined. In the meantime, attendees at this year’s show can look forward to presentations on Big Data, the Internet of Things, converged infrastructure, security, and more by Avnet executives and guest speakers including IDC analysts Rick Villars (pictured) and Meredith Whalen, sales and marketing consultant David Stelzl, and cloud computing expert Jeanne Morain.

Reader ROI: Relatively few MSPs care much about application performance management these days let alone use an APM system like the one AppDynamics makes, but as cloud-based software continues to render physical infrastructure obsolete that’s likely to change. Channel pros looking to catch the wave early might want to sit in on the “partner day” AppDynamics is hosting today, which includes a 30-minute appearance by CEO David Wadhwani, sessions on partner success and market disruption strategies, and a product roadmap presentation.

Reader ROI: Not to be outdone by that SolarWinds MSP show across the Channel, managed services software vendor Kaseya hosts an overseas conference of its own this week, with an agenda that includes a free half day symposium on mergers and acquisitions. We can’t breath a word about the news Kaseya has in store except to say that they’ve got some, and that while ChannelPro won’t be there to report on it in person we’ll have the complete scoop for you on our website just the same.

Reader ROI: The fall counterpart to Microsoft’s larger Build conference in the spring, Connect(); offers a relatively small number of live attendees and an entire planet’s worth of livestream watchers a chance to learn about the latest, greatest additions to Visual Studio, .NET, Azure, and other developer tools. With Microsoft talking up artificial intelligence loudly these days, bots, machine learning, and other AI-related topics are sure to figure prominently in the main stage keynotes by Cloud and Enterprise Group EVP Scott Guthrie and others.

Reader ROI: Sure, attendees will have access to four separate content tracks on “New Relic 101”, “Developing Breakthrough Customer Experiences,” “Analytics for Everyone,” and “Operating Dynamic Infrastructure,” plus appearances by industry thought leaders, New Relic executives, and Kumail Nanjiani, star of HBO’s Silicon Valley. But the most compelling reason to plan a last-minute visit to FutureStack is the timely keynote by FiveThirtyEight editor-in-chief and (ex?) polling authority Nate Silver (pictured), who needless to say is going to have a little ‘splainin to do.

Reader ROI: Three months ago, when Cisco posted 2 percent year-over-year revenue growth, it also forecast an essentially flat top line for the quarter just ended. Which doesn’t exactly leave one with much cause for excitement about this week’s financial update, though maybe we’ll learn a little something worth knowing about where the alliance with Salesforce that Cisco announced in September is headed.

And speaking of Salesforce…

Reader ROI: The numbers are likely to be a little more robust here, if last quarter’s 25 percent revenue spike is any indication. Salesforce is on something of a tear lately, in fact, having rolled out new AI, e-commerce, and customized website platforms in September, followed by a whole slew of stuff at its Dreamforce user conference in October, including new development tools, an expedited security review process, and new marketing benefits for app makers in its partner program. We’re just days away from getting an early read on what impact Salesforce expects all of that to have going forward.

Reader ROI: And of the push button phone! Hence the photo, which neatly celebrates both Mickey’s professional debut in Steamboat Willie on this day in 1928 and the introduction of the first push button telephone precisely 35 years later. We could bore you with useless push button phone trivia at this point but useless Mickey Mouse trivia is much more fun. Like that Mickey’s name was originally going to be Mortimer until Walt Disney’s wife put her foot down on the matter. Or that his first spoken words on screen were “hot dogs!” Or that his 1979 album, Mickey Mouse Disco, went double platinum. I mean, top that push button phone.