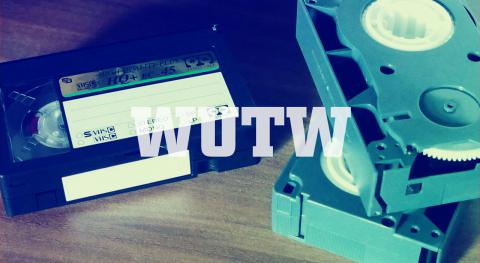 A giant Asian technology show, earnings reports from 3 industry leaders, and the 40th anniversary of the technology that made network effects cool are all part of the holiday shortened week ahead for the SMB channel.

A playground for augmented reality fans, a festival for SharePoint fans, and a reminder of the one force even more powerful than network effects when it comes to fueling technology innovation (spoiler alert: it’s sex) are all coming up for the SMB channel this week.

Reader ROI: And why call attention to an IT show halfway around the world, you ask? Because COMPUTEX is big. Big enough to attract close to 41,000 attendees from 178 countries last year, plus more than 1,600 exhibitors and over 1,800 reporters. And big enough to draw NVIDIA CEO Jensen Huang (pictured) and multiple Intel executives as keynoters this time around. They’ll be speaking about artificial intelligence, virtual reality, and a number of other au courant topics, and we’ll be watching to see if their presentations include any new product information.

Reader ROI: Truly a festival of all things SharePoint, the second of this year’s 4 SharePoint Fests features mostly technical sessions on enterprise content management, workflow, application development, business intelligence, and Office 365, among other topics. It’s independently hosted, but plenty of Microsoft employees have speaking slots just the same. The final 2 events in this year’s series take place in Chicago and Seattle.

Reader ROI: Speaking of au courant topics, this show is expected to pull in 5,000 people for 3 days of content on how augmented (as well as virtual) reality will impact both business solutions and gaming in the years ahead. Intel will be at this event too, along with Epson, HTC, Microsoft, Thales, VMware, and a seemingly endless list of others.

If none of that grabs you, consider dropping by anyway tomorrow or Thursday for a chance to spend some time in the conference’s 20,000 square foot AR and VR “playground,” which allegedly features “jaw-dropping, highly immersive and interactive demos you won't see under one roof anywhere else.”

Reader ROI: Things got ugly the last time HPE opened its books. The server and storage giant reported a 10 percent year-over-year revenue drop and lowered its outlook for the rest of the year, driving its share price down 6.89 percent during the next day’s trading.

Depending on how the numbers look this time out, today’s conference call will either buy CEO Meg Whitman (pictured) some time to let her strategy for HPE take hold or leave her scrambling to reassure increasingly skittish investors. Either way, we’re about to get our first look at HPE’s balance sheet since the company spun off its enterprise services business and completed its acquisition of Nimble Storage, plus maybe a hint or two about what HPE plans to discuss next week at its big Discover event.

Reader ROI: Tech Data has been keeping busy lately, rolling out 3 new cloud solutions, a Cisco security incident response service, multiple extensions for Dell EMC hyperconverged infrastructure systems, and an immersive online training resource for resellers, among other things, all while merging its newly acquired Avnet Technology Solutions unit with its legacy operations. The company gave its early integration efforts an “A” earlier this month, and will undoubtedly make the same claim during today’s conference call. Investors will probably be more interested in Tech Data’s net sales, which were essentially flat in the previous quarter.

As for VMware…hey, wait a minute. Didn’t VMware wrap up FY 2016 last December? How can it be fiscal 2018 already? Turns out the virtualization honcho has recently adopted parent company Dell Technologies’ financial calendar, so FY 2017 began and ended in January, and fiscal 2018 started February 4th. But that’s all bookkeeper stuff. We’ll be waiting to hear VMware describe the strategic thread connecting the integrations and partnerships its announced in recent months with Dell EMC, Google, Microsoft, Oracle, and Veeam.

Reader ROI: Or rather it will have been 40 years this Sunday since JVC introduced the Video Home System to North America, about a year after its creation. All but museum pieces now, except among collectors, VHS recorders gave the electronics industry a look at the power of network effects well before Microsoft Windows did. Like Apple’s Macintosh, Sony’s groundbreaking Betamax, which brought home video recording within reach of the masses, was first to market. VHS, however, was based on an open standard adopted by multiple manufacturers, and by 1987 roughly 90 percent of all VCRs sold in the U.S. were VHS-based.

Which is to say that once again, the pornography industry played a leading role in the evolution of an important product. Network effects may be powerful, but they pale in comparison with sex when it comes to technology adoption.

The Government is Telling Your Clients How to Select an MSP

Jabra PanaCast Review - Get Your Huddle On
END_OF_DOCUMENT_TOKEN_TO_BE_REPLACED