What’s Up This Week: March April 10th to April 14th 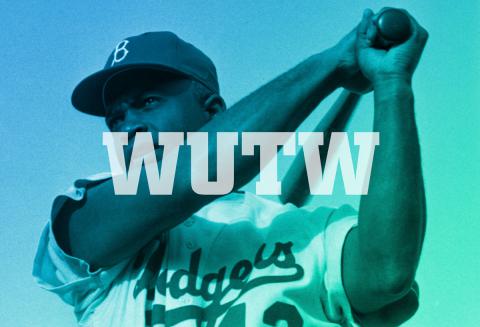 The introduction of one Microsoft OS, the end of the line for another, and the latest anniversary of a great day for the major leagues are all coming up this week for the SMB channel.

Reader ROI: Training sessions and a welcome reception were on the agenda yesterday, but this morning is when CEO Mark Cattini (pictured) and vice president of product management Pat Burns deliver their keynote speeches.

Or was when those speeches happened, rather. They’ll be done by the time you read this. Allow us to predict they contained plenty of material about the new partner program for its backup solution that Autotask unveiled last week. What’s less predictable is whether or not Autotask has a surprise up its sleeves as well, like it did at its most recent U.S. partner event last September, when it officially announced that it was entering the BDR market in the first place.

Reader ROI: Though it focuses more on content for telecommunication firms and service providers than most IT conferences, the Channel Partners show presents plenty of information for MSPs and VARs as well, including sessions on emerging markets that companies with roots in the telco world are avidly pursuing, such as SD-WAN, Unified Communications-as-a-Service, and the Internet of Things.

Among today’s agenda highlights is a lunchtime presentation by CompTIA analyst Carolyn April on challenges and opportunities in the channel. Among tomorrow’s are a keynote by Verizon Business Markets vice president of solutions and sales channels Janet Schijns on partner communities, along with an ensuing appearance by Verizon’s guest, country artist and now author Jimmy Wayne (pictured) who will be signing copies of his New York Times bestselling memoir Walk to Beautiful.

ChannelPro will be at the show too, by the way, in the expo hall. Stop by booth 374 and say howdy!

Reader ROI: One journey begins, two others end. On the same day Windows 10 Creators Update officially greets the world, its little-loved predecessor Windows Vista reaches the end of its troubled lifecycle. Fortunately for channel pros and their customers, relatively few organizations will be left exposed by the absence of additional security patches for that OS: According to research published last week by IT community and software vendor Spiceworks, just 9 percent of organizations globally are running Vista at present.

Reader ROI: Almost! Actually, tomorrow is Jackie Robinson Day, which falls on the 70th anniversary of his debut appearance with the Brooklyn Dodgers as the first African American player in the major leagues. He went on to win Rookie of the Year honors that season, was the National League’s MVP for 1949, and appeared in 6 World Series and 6 All-Star Games during his 10 years in the majors, before being inducted into baseball’s Hall of Fame in 1962.

What we honor on Saturday, though, is the extraordinary courage he displayed that very first day and over the many months that followed—courage that Major League Baseball recognized a decade ago by retiring Robinson’s uniform number, 42, from every team in both leagues. It’s an honor no other player has ever received, and probably the last of the many firsts in Robinson’s storied career.

Disinformation: Smarter Every Day
Best Cities for Tech Jobs in 2021: Where Can You Make More Money?