What’s Up This Week: March 6th to March 10th 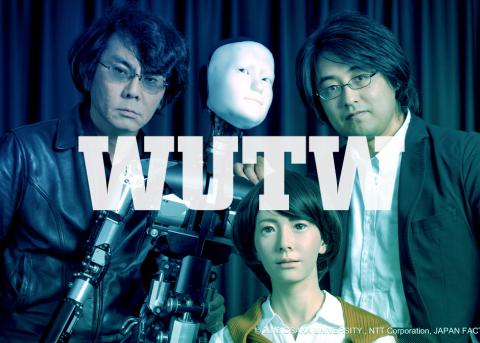 Big Google and open computing conferences, an earnings update from a newly enlarged Tech Data, and the return of the world’s favorite frighteningly lifelike robots are all part of the SMB channel’s week ahead.

Conferences by Google and the Open Compute Society, financial updates from Nimble Storage and Tech Data, and more fodder for nightmares from NTT are all coming up this week for the SMB channel.

Reader ROI: To learn what kind of array and who will get the most value from it you’ll need to come back to this website later today.

Reader ROI: The storage and converged infrastructure vendor (which posted a 26 percent year-over-year revenue gain last November), will undoubtedly have plenty to discuss during its earnings conference call, but we’ll mostly be listening for what it says about the Cloud Volumes product it announced last week. Designed to serve as a reliable online storage repository for line-of-business applications hosted in Amazon Web Services and Microsoft Azure, the solution could open up a rich new market for Nimble. As it’s housed in the company’s own data centers, however, it will presumably require some significant ongoing capital outlays. We’ll be curious to learn more about Nimble’s take on opportunities and challenges like that.

Reader ROI: The cloud giant’s annual get together for developers, IT managers, and users is an exploration of all things Google, which is to say everything from hosted infrastructure and productivity software to big data, machine learning, mobility, and beyond. Today’s agenda also includes a panel discussion in honor of International Women’s Day (which also takes place today) about driving diversity in the workplace, something a few folks in the IT industry could stand to learn a thing or two about.

Reader ROI: Hosted by the Open Compute Society, OCP is an elite gathering spot for champions of (you guessed it!) open computing. Speakers this year include Kushagra Vaid, general manager of Azure cloud hardware infrastructure at Microsoft, addressing open source hardware development, and Daniel Bounds, senior director for data center products at AMD, discussing the company’s forthcoming “Naples” GPU server platform, which is based on the same architecture as its new Ryzen desktop processors.

Reader ROI: This will be the first time the distribution giant has opened its books since its now officially finalized $2.6 billion purchase of Avnet’s technology solutions group. Company leaders, including CEO Bob Dutkowsky (pictured) will undoubtedly share lots of reliably upbeat statements about all the opportunities that blockbuster acquisition makes possible, but in truth only time will tell if merging the Avnet unit’s services expertise with Tech Data’s extensive product inventory will accelerate growth, alienate former Avnet resellers, or some combination of both.

Reader ROI: Or the droids who will someday be remembered as their ancestors, anyway, because the annual SXSW conference, which kicks off today in Austin, Texas, includes an appearance by NTT’s latest eerily humanoid robots.

In fact, if virtual reality was the au courant topic at last year’s SXSW, artificial intelligence appears to be the big theme this time out. Assuming they can tear themselves away from stimulating explorations of topics like the many ways “breakfast is transforming America,” attendees will enjoy multiple chances to hear a variety of experts, including several from Intel, discuss AI’s golden future.

As for us, we’ll buy into that benign future just as soon as someone assures us those blank-faced NTT automatons can’t possibly join forces with this recently unveiled “nightmare-inducing robot” in a fiendish plot to enslave us all.

ICYMI: Our Channel News Roundup for the Week of August 3rd
END_OF_DOCUMENT_TOKEN_TO_BE_REPLACED