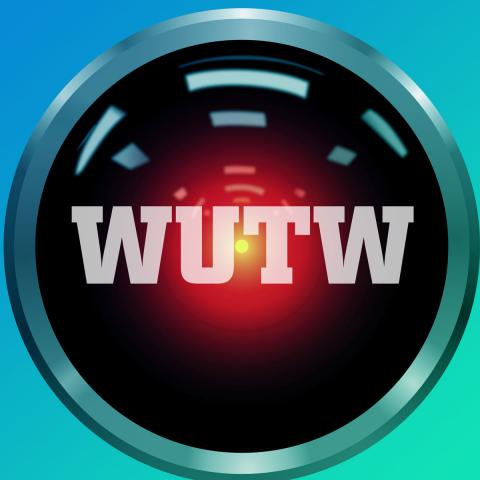 Partner conferences and financial updates from SYNNEX and Red Hat, the biggest digital signage event of the year, and birthday best wishes for a couple of evil computers are all up ahead this week for the SMB channel.

This year’s Digital Signage Expo, the ASCII Group’s second IT Success Summit of 2017, and important anniversaries in the entirely fictional lives of two killer computers are coming up this week for the SMB channel.

Reader ROI: 2017 is the 10th anniversary of Varnex, which includes many of the top resellers in SYNNEX’s channel. As usual, the agenda at this year’s spring gathering will be heavy on presentations about new and existing market opportunities from SYNNEX executives and leading vendors. A Tuesday night reception promises to introduce attendees to “the ‘weird’ world of Austin,” which may or may not be synonymous in event organizers’ minds with the local bands, food, and beer that will be on hand.

Reader ROI: Containers won’t be the only topic Red Hat explores with its partners this week (cloud computing, DevOps, and the Internet of Things all show up on the conference agenda as well), but it looks to be the most prominent one. That probably shouldn’t be surprising given that a) the company’s most significant recent product release was an updated edition of its OpenShift Container Platform, and b) the global market for container technology is set to grow at a blistering 40 percent CAGR through 2020 to $2.7 billion, according to 451 Research.

Reader ROI: Partner events aren’t the only thing SYNNEX and Red Hat have in common this week. Both companies will also deliver general session presentations at those shows on the same day the folks at corporate HQ publish financial results for the prior quarter. Speaker at the two conferences needn’t worry much about suffering any on-stage embarrassment though. Red Hat’s revenue was up 18 percent year-over-year the last time it opened its books while SYNNEX reported a 9.5 percent revenue gain and 24.5 percent spike in operating income, and neither company appears to be at imminent risk of a serious reversal.

Look for partnerships to come up, if only briefly, during today’s investor conference calls, with SYNNEX playing up its freshly inked strategic alliance with Dell EMC and Red Hat discussing its agreement to deliver NFV solutions alongside Hewlett Packard Enterprise.

Reader ROI: In a sign of the times, the long-running show is adding a new track on “Next-Gen Messaging & Team Collaboration” solutions like Slack and Microsoft Teams to existing tracks on unified communications, mobility, and contact center applications, among other topics. The first-ever “Summit on the Lawn” session, which will be held outdoors on Wednesday, sounds (to those of us from dreary northern locales, at least) like a glorious opportunity to hear insights on a timely topic—artificial intelligence—while soaking up a little late afternoon Florida sunshine.

Reader ROI: SYNNEX likes to hold this conference for public sector resellers in the same town and week as its spring Varnex show. This year’s agenda includes presentations by Acer, Google, HP, Intel, Microsoft, and Lenovo, among others, and concludes with a “Taste of the States” closing dinner and reception Thursday night.

Reader ROI: The biggest digital signage industry event of the year, DSE features over 125 seminars, roundtables, and other sessions plus a new 2-day conference-within-a-conference on corporate communications. The main reason to go though, frankly, is the show floor, which will be packed with the latest and greatest offerings from more than 200 vendors, making it the place to catch up on what’s new and next in the signage arena.

Reader ROI: Agenda highlights include sessions on sales and marketing by Frank DeBenedetto of AudIT Sales Presentation System, Aaron Leicht of Technology Marketing Toolkit, and Herman Pool of Vertical Axion, who will attempt to cram the insights from his One Hour Marketing: The Entrepreneur’s Guide to Simple, Effective Marketing For Getting More Clients, Knowing Your Market and Building a Stronger Business into a 40 minute speaking slot.

Carbonite, ConnectWise, Datto, IT Glue, Pax8, and RapidFire Tools, among others, will present as well, and ChannelPro will be in the house to take in all the action. Drop by our booth in the expo hall and say howdy!

Reader ROI: The parent company of Dell and Dell EMC reported higher PC sales and “softness in standalone hybrid storage arrays and servers” the last time it published quarterly earnings, and it’s probably too soon for the alliance agreements it recently announced not just with SYNNEX, as noted earlier, but Ingram Micro and Tech Data as well to have changed that much. Listen in on today’s conference call for a read on what Dell expects to fuel a turnaround for its back office portfolio, as well as how much if at all HPE’s acquisitions of hyperconverged infrastructure vendor SimpliVity and Nimble Storage are on the company’s mind these days.

Reader ROI: And not a moment too soon. Targeted chiefly at end users, World Backup Day seeks to get people motivated to backup up all those files, photos, videos, and songs they’ve so laboriously assembled. With ransomware wiping out data stores all too frequently these days, channel pros should be prioritizing backup more than ever too, according to Ian Trump, global cyber security strategist for SolarWinds.

“My belief is that if you want to kill your business, be bad at backup of your customers’ data,” Trump told ChannelPro in an interview last week at CompTIA’s Annual Member Meeting. “That’s the way to get fired in this day and age.”

Reader ROI: OK, smarty pants, you’re right. There’s no such thing as Evil Computer Day. But today just happens to be the 18th birthday of The Matrix, while Sunday is the 49th anniversary of Stanley Kubrick’s 2001: A Space Odyssey, and both movies feature famously homicidal computers. They’re hardly alone, either. Hollywood has been turning out murderous computer tales for decades. And now, all too soon in fact, we all get to find out if those films were prescient harbingers of doom or just alarmist audience exploitation. We’re hoping for the best, but admit it’s a tad worrying that so many certified brainiacs don’t like the looks of where we’re headed.