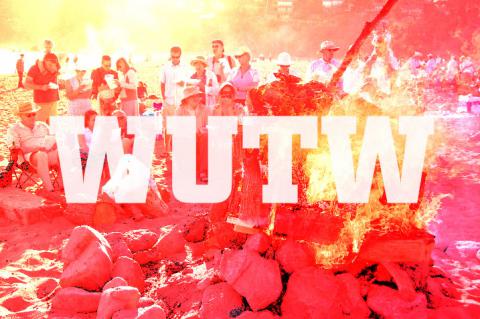 Partner conferences for fans of Datto, LabTech, and Nutanix join alcohol-fueled solstice celebrations on the SMB channel’s agenda for the week ahead. By Rich Freeman
Tweet

It’s a big week in the SMB channel for vendor conferences, product launches, and boozy bonfire parties (in Europe, at least).

Reader ROI: Expect the BDR kingpin to update attendees on the early uptake for its Datto Drive file sync and share solution—and to announce a new product or two as well (see below). Scheduled speakers include Datto execs Austin McChord and Rob Rae; ChannelPro 20/20 Visionaries Arlin Sorensen, Gary Pica, and Tim Conkle; and Apple co-founder/fascinating eccentric Steve Wosniak (pictured). ChannelPro will have complete coverage for you direct from the show floor right here at our website.

Reader ROI: Sold out for the seventh year running, Automation Nation will give most of the more than 500 expected attendees their first chance to hear from Brett Cheloff (pictured), who replaced Matt Nachtrab earlier this year as general manager of the LabTech product unit. Over 60 breakout sessions, a solutions pavilion featuring more than 30 vendors, extensive networking opportunities, and a keynote presentation by onetime ex-con and present-day security consultant Kevin Mitnick are also on tap. ChannelPro will be on the scene here too bringing you in-depth updates on all the action.

Reader ROI: Hot on the heels of new and expanded alliance ventures with Eaton, Lenovo, and Microsoft, Nutanix has a host of technical sessions and product roadmap updates in store for conference-goers, along with appearances by magician David Blaine (pictured) and former Obama administration secretary of defense Robert Gates.

Reader ROI: That’s all you’re getting from us for now on either front, but come back tomorrow for complete details.

Reader ROI: Once more, we can reveal nothing more today, but will share everything we know—which is plenty, and plenty interesting—tomorrow.

Reader ROI: A welcome reception, and “casino night” mixer dominate today’s schedule. Tomorrow is when the serious stuff gets going, beginning at 8:30am with a “state of the union” keynote by CEO Adam Edwards and co-founder Patrick Oborn. Other speakers include CompTIA CEO Todd Thibodeaux (pictured), discussing the future of the IT industry, and former Green Beret Captain Ronald Fry.

Reader ROI: Last time out, the broad-line distributor reported a 2.8 percent dip in revenue and ever-so-slight bump in profit. Since then, the company has announced new alliance agreements with HPE and Verizon, launched a new ecosystem of ISVs with solutions for Microsoft’s cloud and mobility platform, expanded the security offerings available via its CONVERGESolv Secure Networking group, and climbed eight spots to number 212 on the Fortune 500. Tune in later this week to see if any of those moves have had a tangible short-term impact, and to learn what kind of impact SYNNEX expects them to have in the second half of the year.

Reader ROI: Attendees at the free one-day event will receive technical training and updates on the managed services market from LOGICnow experts. Those experts, in turn, will undoubtedly receive lots of nervous questions about what LOGICnow’s recent acquisition by SolarWinds means for the future of its product line.

Reader ROI: Or it is at least in Sweden. In Denmark, Latvia, and Estonia it was yesterday. Suffice it to say that people will be celebrating the summer solstice (which took place on Monday) all over Northern Europe this week, just as they have since pre-Christian times. And while the traditions surrounding those celebrations vary from country to country, most of them seem to share two themes in common: lighting bonfires and consuming alcohol. And really, could anything be better after a serious drinking binge than lighting a giant fire? Well, how about pole vaulting over the giant fire? That too is customary in many places, and we sincerely wish our Northern European friends the very best of luck with it.