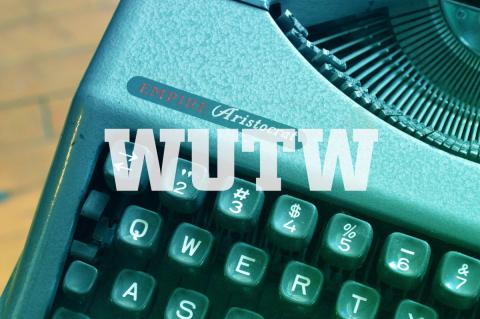 RMM news from ConnectWise, data center news from Lenovo, and a major milestone in keyboard history are all coming up this week for the SMB channel. By Rich Freeman
Tweet

The ASCII Group goes back to Canada, D&H goes back to school, and we all enjoy a chance to explore the complicated history of the QWERTY keyboard during the SMB channel’s week to come.

Reader ROI: The annual get-together for users of ConnectWise Automate, the RMM platform known until last November as LabTech, will once again give Brett Cheloff (pictured), the general manager in charge of that product, a platform from which to announce new and forthcoming features. ChannelPro will be onsite to tell you all about it and get thoughts from senior ConnectWise executives on other recent developments in the managed services software space, including Continuum’s acquisition by private equity firm Thoma Bravo.

Reader ROI: Fresh on the heels of telling partners at its annual Accelerate event that it’s shifting attention from data center products to PCs, Lenovo now says it’s about to make the “biggest, most exciting launch in recent Lenovo Data Center Group history” at this one-day conference. Stone cold (and not especially daring) guess: Hyperconverged infrastructure, the red hot market that Lenovo competitor Hewlett Packard Enterprise made such a bold play for earlier this year by acquiring SimpliVity, will figure prominently in that launch.

Reader ROI: This is the 20th time D&H has invited buyers and partners in the education market to sample products, speak with vendors, and soak up expert content on industry trends. Look for Microsoft to have lots to say about the new ed-friendly version of Windows 10 it rolled out recently, not to mention the new laptops (including one from Microsoft itself, pictured) that will run it.

Reader ROI: If the pattern associated with the industry giant’s ongoing shift from on-premises technology to cloud-based products continues, investors are in for weak overall revenue and a steep spike in software- and platform-as-a-service revenue. Oracle’s NetSuite hosted ERP unit made a lot of noise about new products and global expansion plans at its SuiteWorld event last month. We’ll be curious to hear how heavily those announcements figure in today’s investor conference call.

Reader ROI: This is just the second time an ASCII Group event has taken place in the Great White North. Like previous stops on this year’s IT Success Summit tour, the Toronto show will include plenty of sales, marketing, and M&A content. Unlike those previous events, this one will not feature an appearance by Frank Abagnale, the real-life protagonist of Steven Spielberg’s Catch Me If You Can. Instead, attendees will hear from “neuromarketing” master Roger Dooley (pictured) on the science of closing more business by appealing to your customers’ “non-conscious processes and preferences.”

Reader ROI: Revenue figures, which were up 12.6 percent three months ago, won’t be the only thing worth paying attention to, either. Today’s conference call will offer investors and analysts their first opportunity to quiz senior leaders on SYNNEX’s recent $830 million acquisition of security, unified communications, and networking specialist Westcon-Comstor, and get an early read on next steps and long-term goals for that transaction.

Reader ROI: OK, OK, strictly speaking it was 149 years ago today that a trio of gentlemen filed the first U.S. patent for a typewriter. That device featured a piano-style ebony and ivory keyboard, but 10 years later an updated edition with the first QWERTY keyboard arrived.

And why QWERTY? Well, it’s entirely possible that, per the most popular explanation, the designers of what became known as the Sholes and Glidden typewriter arranged the keys to discourage jamming by distancing the most commonly paired letters from one another. There are two potential problems with that theory though: 1) “er” is a pretty darned common letter pairing, and 2) researchers in Japan claim to have uncovered evidence that the QWERTY keyboard was designed in response to feedback from the typewriter’s earliest professional users, telegraph operators.

No chance we’ll settle the matter here, so let’s just agree that 149 years ago today we were all first set down a path that would lead us to the ridiculously designed keyboard we all know and…know today.