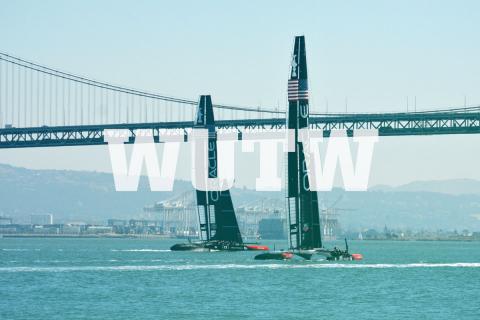 Ingram Micro and Tech Data partner events, even bigger audio-visual and gaming shows, and possibly the only thing capable of inspiring some folks to cheer along with Larry Ellison are all coming up for the SMB channel this week. By Rich Freeman
Tweet

Opportunities to hear from leading distributors, see the latest meeting room technologies, do “the Schnizz,” and enjoy the perhaps rare experience of rooting for something associated with Larry Ellison all figure on the SMB channel’s calendar this week.

Reader ROI: This is the second time Microsoft has invited its customers and partners to take a deep dive into SQL Server, Excel, Power BI, and the rest of its business intelligence product lineup. Highlights will include today’s opening keynote by James Phillips, the VP in charge of Microsoft’s 2,500 employee BI product group, and tomorrow’s closing presentation by Stephen Dubner and Steven Levitt (pictured left and right, respectively), who are better known as the duo responsible for Freakonomics.

Reader ROI: What better setting for Amazon’s annual journey to the intersection of cloud computing and government than our nation’s capital? Expect a few major and not-so-major product announcements during the keynotes by Werner Vogels, Amazon’s CTO, and Teresa Carlson, global head of public sector for AWS. Other speakers include John G. Edwards (pictured), CIO of the CIA, who would love to tell you all about his job, but then he’d have to kill you.

Reader ROI: Topics the big-time distributor will discuss with the cream of its SMB channel crop will undoubtedly include the new “technology as a service” funding program that lets you bill for hardware, software, and services on one white-labeled monthly invoice and the expansive, ambitious cloud computing vision Ingram exec Renee Bergeron (pictured) outlined in April at Ingram’s Cloud Summit event. Media members generally aren’t allowed at this show, but ChannelPro will be in attendance this year and posting our impressions on this website.

Reader ROI: The key word there is “officially,” because makers of gaming hardware and software have been live streaming E3 press conferences since Saturday. Indeed, just yesterday Microsoft unveiled its forthcoming new Xbox One X, previously known as Project Scorpio, which will bring ultra-high def 4K graphics to the console world for the first time. Industry scuttlebutt suggests Sony will use its time in the spotlight today to showcase virtual reality products, and Nintendo will talk up its new Switch device on Tuesday. ChannelPro’s resident gaming maven, Matt Whitlock, will undoubtedly have plenty of thoughts to share about those and other developments.

Reader ROI: Ingram Micro isn’t the only major disti meeting with partners this week. Tech Data has an event going on as well, and we assume company executives will use it to deliver the same message that senior vice president for North American commercial and retail solutions Mart Bauerlein (pictured) did last month at the more exclusive spring TechSelect gathering: It’s time to tap into the new resources we’ve acquired from Avnet and start selling solutions rather than products. ChannelPro will have feet on the street at this show too, so keep your eyes peeled for updates.

Reader ROI: Actually, it’s just the expo hall that opens today. “Pre-day” activities, if the word applies in this case, have been going on since Saturday, and a new show-within-a-show called TIDE (as in Technology, Innovation, Design, Experience) offering big picture thought leadership A-V content took place yesterday. Sponsors include Crestron, which will undoubtedly be talking up the expanded integration of its meeting room systems with Amazon’s Alexa virtual assistant that it announced last week.

Head for hall E, by the way, if you’re feeling peckish. You’ll find food trucks, a beer garden, and live entertainment there during limited hours all 3 days of the show.

Reader ROI: You’ve got to be a client of host and managed services advisory firm TruMethods if you want to attend this show, and had better be prepared as well to share your best rendition of “The Schnizz,” the groove/shuffle that expresses the confidence, dedication, and enthusiasm TruMethods CEO (and ChannelPro 60 Second Guru) Gary Pica says separates good MSPs from great ones. When not schnizzing, attendees will be soaking up content on sales, business success principles, and service delivery.

Reader ROI: Or not. The Oracle chairman and CTO is, to say the least, a polarizing figure. This is the guy, after all, famous for galactically epic arrogance, nonstop trash talking, and obnoxiously conspicuous consumption. On the other hand, he was close friends with Steve Jobs, he’s undeniably one of the most influential leaders in U.S. tech sector history, and his Team Oracle yacht and crew are defending our nation’s honor at the 2017 Americas Cup.

The final round of that competition gets started in (or rather, off) Bermuda on Saturday, with Ellison’s $10 million boat vying to best Sweden/s Artemis Racing or Emirates Team New Zealand, depending on which one wins a playoff series that began Saturday. Does bringing home the trophy make up for buying Hawaii? We could be about to find out.