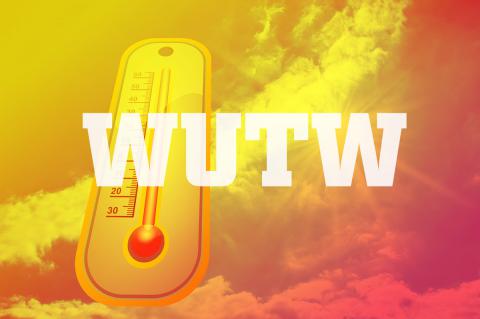 A peek inside the books of Microsoft and Intel, the latest SMB TechFest event, and a little-known holiday celebrating summer’s stupidest conversation starter all lie ahead this week for the SMB channel. By Rich Freeman
Tweet

A wave of earnings reports from name-brand IT companies, news from D&H and Sophos, and a day of tribute for everyone’s no one’s favorite summertime inquiry are all on the SMB channel’s agenda for the week ahead.

Reader ROI: We’ll tell you all about which opportunity and how the distributor plans to go after it later today.

Reader ROI: EMC’s numbers are the last it will disclose as an independent company. Probably, that is—shareholders vote to approve or disapprove the company’s much-discussed acquisition by Dell tomorrow.

If the deal goes through, Dell will end up in possession not only of EMC itself but of that company’s more than 80 percent stake in VMware, which also reports its latest numbers today. A leader in the rapidly maturing market for virtualization software, VMware is looking to new opportunities in security and containers rather than its hypervisor business to fuel growth, and today’s figures will provide an intriguing status report on that transition.

IBM, meanwhile, will provide a similar update today on its own transition from on-premises infrastructure and enterprise services to cloud and “cognitive” computing.

Reader ROI: Come back tomorrow to see what we’re talking about. We’ll have all the details for you right here.

Reader ROI: "Office 365 is growing faster than a runaway locomotive,” said corporate vice president for Office marketing Kirk Koenigsbauer (pictured) at Microsoft’s Worldwide Partner Conference last week. Indeed, revenue was up 63 percent for Office 365 the last time Microsoft posted returns, and up a nearly twice as impressive 120 percent for Microsoft Azure. Today’s report will reveal whether or not both businesses have extended that hot streak, while providing hints as well about how much financial importance Microsoft attaches to the forthcoming launches of Windows 10 Anniversary Update and Windows Server 2016.

Reader ROI: Fresh on the heels of revelations that Microsoft no longer thinks Windows 10 will be running on a billion devices by 2018, as it once promised, Spiceworks offers up a look at how many of its members are using Windows 10 and how that compares to their projections 13 months ago. We’ll have the full scoop for you right here in two days.

Reader ROI: Twin updates from both Intel and Qualcomm make Wednesday a big day for assessing the state of the chip market. Look for Intel to get questions about reports that it’s soliciting offers for its Intel Security division amid an ongoing shift away from the declining market for PC processors toward more promising data center and Internet of Things opportunities. Qualcomm is likely to be queried about its forthcoming 24-core, ARM-based server processors. They’ve reportedly earned an approving nod recently from Google, which entered into a joint automotive computing venture with Qualcomm in May.

SAP, meanwhile, will offer up a progress report on its evolution from monolithic on-prem software sales to cloud subscription and support revenues, which grew 33 percent in the company’s last quarterly report.

Reader ROI: Once again, event impresario (and ChannelPro 20/20 Visionary) Dave Seibert has put together an agenda combining presentations by leading vendors and consultants with opportunities to check out some 20 vendors in the expo hall, not to mention a chance to have your photo taken behind the wheel of a Corvette ZR 1 race car and Porsche 911 Turbo (both pictured). As always, ChannelPro will be in attendance. Stop by our booth, and say hello!

Reader ROI: All three reports should be followed by interesting conference calls, with AMD seeking to reassure investors about the power issues plaguing its brand new Radeon RX 480 GPUs, NetSuite either denying or dodging rumors that Oracle is trying to buy it, and Polycom shedding light on its surprise decision to hook up with private equity firm Siris Capital instead of Mitel Networks.

Reader ROI: Because Hot Enough For Ya Day is tomorrow. Or at least it would be if Hot Enough For Ya Day was anything more than a figment of the charmingly active imaginations of Ruth and Thomas Roy, purveyors of numerous (entirely legal, as far as we can tell) herbal products. The Roys, who have also declared March 16th Lips Appreciation Day and August 8th Sneak Some Zucchini onto Your Neighbors' Porch Day, encourage everyone to let the summer’s most irritating conversation starter fly freely tomorrow.