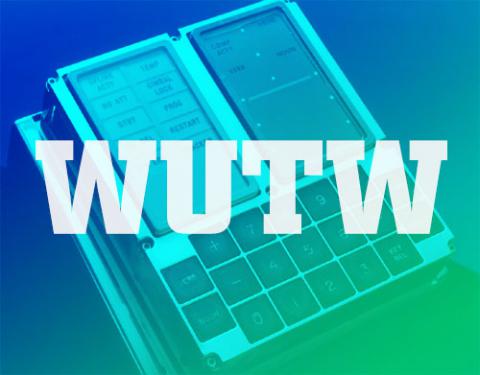 Giant Microsoft and Cisco conferences dominate the SMB channel’s agenda this week, while the 47th anniversary of Apollo 11 conjures up memories of the pathetically underpowered computer that got Neal Armstrong & Co. to the moon and back. By Rich Freeman
Tweet

Brace yourself. The SMB channel is in for a monster wave of news from Microsoft, Cisco, Amazon Web Services, and their many partners this week.

Reader ROI: WPC is always a giant event. This year it’s even giant-er. For one thing, it’s expected to draw a record crowd of more than 16,000 attendees from 144 countries. For another, the conference marks the (very) public debut of newly appointed Worldwide Partner Group chief Gavriella Schuster, and comes just days after a major executive re-shuffling. Furthermore, there are likely to be plenty of announcements to absorb about everything from Office 365, the newly announced Dynamics 365, and the Microsoft Cloud Solution Provider program, among other things. Stick with ChannelPro throughout the week for deep, deep, DEEP coverage of all the action.

Reader ROI: Tell me more, you say? We can’t just yet, but will have everything you need to know on this website later today.

Reader ROI: It seems almost unfair that an event this big hosted by a vendor this important—with House of Cards star Kevin Spacey (pictured) and Maroon 5 making appearances, no less—is likely to be the second biggest show of the week, but that’s how things have shaped up for Cisco. Cloud computing, collaboration, mobility, network infrastructure, software-defined networking and (inevitably) the Internet of Things are all on the Cisco Live agenda, along with a keynote from CEO Chuck Robbins. Look for more details on Cisco’s recently accelerating partnership with Apple and acquisition of CloudLock too.

Reader ROI: Which we’ll be happy to tell you about tomorrow, so come on back then for the complete lowdown.

Reader ROI: At its first summit back in April, Amazon announced a lengthy series of new products and features, and it’s almost certain to do so again this time. We’re betting the public cloud leader devotes more than a few words to its shiny new Elastic File System as well. Of course, some potential attendees could well end up skipping the event to go bargain hunting instead. Today, after all, is also Amazon Prime Day.

Reader ROI: They include BizTalk Server 2006, Commerce Server 2007, and Visual Studio 2005 Team Foundation Server, among others. Project Server 2010 and Dynamics SL 2011, meanwhile, are among several solutions moving from mainstream to extended support, while service packs for Dynamics CRM 2013, SQL Server 2014, and System Center 2012 enter retirement. The specifics are located here.

Reader ROI: Actually, tomorrow is the 47th anniversary of the blast-off that sent Apollo 11 on its way to Neal Armstrong’s giant leap, which makes a great occasion to celebrate the onboard device responsible for navigation and control of the Apollo 11 Command Module. Called the Apollo Guidance Computer, it weighed 70 pounds, featured a crude push-button interface, contained a whopping 16 KB of RAM, and drew 55 watts of power. And it safely guided the spaceship Columbia and its three occupants roughly 477,800 miles to the moon and back.

Just something to remember the next time someone whines about the weak performance of that new PC you got them. NASA wouldn’t even have known what to do with all that power.

LG Gram for Business 17 (2020): Big Reasons to Like It
END_OF_DOCUMENT_TOKEN_TO_BE_REPLACED