What’s Up This Week: January 30th to February 3rd 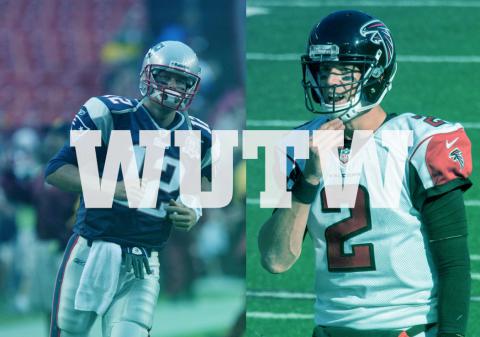 Earnings news from Amazon and Apple, a big legal IT conference, and an NFL showdown expected to attract the largest online audience EVER are all on the SMB channel’s agenda for the week ahead. By Rich Freeman
Tweet

Important conferences for the security and legal markets, quarterly financial updates from a few industry bellwethers, and an excuse (as if one were needed) to consume buffalo wing cupcakes are all up ahead for the SMB channel this week.

Reader ROI: Hosted by USENIX, an “advanced computing systems” membership association, Enigma addresses emerging security threats and defensive strategies for mitigating them. This year, speakers from Cisco, Dell, Google, and Microsoft will join a host of leading lights from academia for three days of sessions on the dangers posed by artificial intelligence, the Internet of Things, and more.

Reader ROI: Spoiler alert! Over 60 percent of channel pros have clients in the legal and professional services verticals, according to the 2017 State of the Channel report that ChannelPro will publish in March. Legaltech is one of the biggest events of the year for those firms and anyone thinking of joining them. The more than 10,000 attendees expected at this year’s edition will hear over 200 speakers discuss new and forthcoming developments in e-discovery, analytics, and compliance, among other topics, as well as a keynote by MIT’s Andrew McAfee (pictured) on surviving and thriving in an era of drones, robots, and other “brilliant technologies.”

Reader ROI: AMD, which recorded year-over-year increases in both revenue and operating losses three months ago, has since unveiled intriguing details about its forthcoming Vega GPU architecture and Ryzen (aka Zen) processors, which according to AMD will deliver a 40 percent improvement in instructions per clock thanks to embedded “sensing, adapting, and learning technologies.”

Apple, which beat analyst expectations last quarter thanks to better than anticipated (yet still shrinking) iPhone shipments, will be posting its first numbers since what appears to have been a bang-up holiday season and the launch of a skinny new Touch Bar-equipped MacBook Pro that initially disappointed but eventually won over testers at Consumer Reports due to battery life issues.

Reader ROI: The security leader reported an 8 percent revenue gain last time out but also took an earnings-per-share hit thanks to short-term costs related to its acquisition of cloud security vendor Blue Coat Inc. Though its $2.3 billion acquisition of identity protection services provider Lifelock in November grabbed more headlines, Symantec’s September launch of a new hosted end point security solution for SMBs is a bigger deal for its channel partners. We’ll be listening intently to today’s earnings conference call for any news on how that latter product is faring so far in the marketplace.

Reader ROI: Sorry, Carbonite and Eaton. No matter how strong your numbers are they’re more or less sure to be overshadowed by whatever Amazon reports. Though that company will have a hard time matching the 140 percent year-over-year growth Microsoft disclosed last week for its Azure platform-as-a-service offering, its Amazon Web Services unit will undoubtedly post impressive results just the same. We’ll also be curious to see how much if at all holiday season inventory problems weighed down apparently strong sales of Amazon’s Echo virtual assistant devices.

Reader ROI: Which means we’re just two days away from seeing how the electrifying offense of the NFC’s Atlanta Falcons fares against the exceptional coaching and quarterback play of the AFC’s New England Patriots. Plus, who wins Puppy Bowl XIII, how well the interwebs stand up to what’s projected to be the largest online audience in history, and which commercials win the hearts and minds of broadcast viewers.

Tech world advertisers this year include GoDaddy, which will reportedly use less risqué content than it has in years past to promote an unspecified new product; Intel, which will employ close-up footage of Tom Brady brushing his teeth to flog its Intel 360 replay technology; and Intuit, which will advise Humpty Dumpty how to avoid great falls in the future with the help of the live online tax preparation advice now available to users of its TurboTax solution. We here at ChannelPro plan to enjoy those and other ads, not to mention the big game itself, while scarfing down some of those aforementioned buffalo wing cupcakes and perhaps a few delicious slices of bologna cake!