What’s Up This Week: January 23rd to January 27th 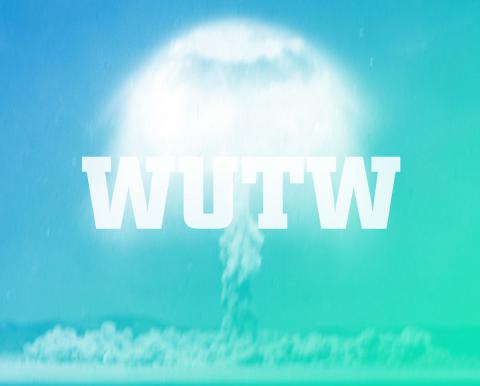 Product news from Intronis, Kaseya, and Sophos joins earnings news from a host of tech industry leaders and the anniversary of a blast from Nevada’s past on the SMB channel’s agenda for the week ahead. By Rich Freeman
Tweet

Earnings updates, product launches, and mushroom clouds all loom ahead for the SMB channel this week.

Reader ROI: We’ll tell you which solution and what’s changing about it later today right here on this website, so come on back in a few hours for complete details.

Reader ROI: We’re mostly curious to see what Seagate’s numbers look like. The storage hardware maker has been shipping products left and right since its last earnings report, which reversed six straight quarters of revenue dips with a 4 percent gain. Let’s see if any of those new devices help Seagate sustain its recent momentum.

Reader ROI: And we’ll tell you all about them in two days.

Reader ROI: Stay tuned for specifics! ChannelPro will have them for you on Wednesday.

Reader ROI: Citrix probably won’t add anything significant to the cloud and mobility roadmap it laid out for partners at its Citrix Summit conference 2 weeks ago.

Qualcomm, on the other hand, will have plenty to talk about during its earnings day conference call, beginning with the anti-competitive practices suit the FTC filed against it last week. Company executives will probably be more eager to discuss the new Snapdragon 835 mobile processor, which debuted a few weeks ago, and the 10nm server processor the chipmaker sampled last month. We’re hoping to hear at least a little something as well about Qualcomm’s recently announced agreement to help Microsoft port the Windows 10 operating system onto ARM processors, which has intriguing implications for Microsoft’s future in mobility.

Reader ROI: Which means, we hope, answers to a long list of questions. Like how did the new Pixel smartphone, from Alphabet business unit Google, sell over the holidays? (Early estimates look encouraging.) Will Intel breeze past the recent launch of its Kaby Lake processors and spend most of its phone time with analysts talking up its various Internet of Things and cloud computing initiatives? (Probably.) Will there be any signs of slackening in the torrid growth of Microsoft’s Azure and Office 365? (Don’t bet on it.) How is Dynamics 365 selling? Has ShoreTel concluded the strategic review it commenced in August, which could potentially result in the company putting itself up for sale? We’re just days away from finding out.

Reader ROI: Sure, today is the 7th birthday of the iPad and the 137th birthday of Thomas Edison’s lightbulb patent. And yes, we’re just 48 hours away from the Pro Bowl, America’s least favorite NFL game of the year. But today also happens to be the 66th anniversary of the first nuclear detonation at what was once known as the Nevada Test Site and is now called the Nevada National Security Site. There would be an astonishing 1,020 more in the ensuing 41 years, which is to say very roughly one every other week until the nation’s last H-bomb test to date in September 1992. These days, we use supercomputers to simulate nuclear tests, which may or may not be as reliable as the real thing but has the considerable advantage of producing much less nuclear waste.