What’s Up This Week: February 6th to February 10th 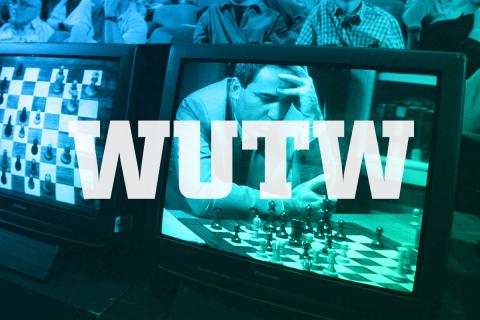 Product news from Intel, the first HTG Peer Group meeting of 2017, and the 21st anniversary of a terrifying milestone in the annals of artificial intelligence are all on the SMB channel’s agenda for the week ahead. By Rich Freeman
Tweet

Q1 meetings for HTG Peer Group members, financial updates from NETGEAR, NVIDIA, and a host of others, plus a reminder of the day we all learned humanity is doomed up are ahead this week for the SMB channel.

Reader ROI: We’ll have all the details for you right here on this website, too, later today.

Reader ROI: Some members kicked things off, as it were, yesterday with a pre-day Super Bowl viewing party, but today is when half the HTG groups begin their first two-day meeting of the year. The other half meets Thursday and Friday, with everyone gathering on Wednesday for a “community day” featuring advice on building a sales engine, a leadership academy on relationship building, and a “shark tank” competition in which members will compete to win $25,000 for presenting the best business growth plan. ChannelPro will be soaking up all the action onsite, so stay tuned for complete coverage.

Reader ROI: Arrow will undoubtedly update investors on its ongoing Internet of Things push, most recently reflected in alliances with Vodafone and Ingenu, during today’s conference call, while NETGEAR can be safely expected to boast a bit about the gusher of products it continues to roll out, including easily-mounted switches, easily-managed wireless access points, and a trio of NAS devices for SMBs (pictured) just in the last few months. Truth be told, though, we’re most curious to hear what application performance management vendor New Relic has to say in the wake of Cisco’s $3.7 billion acquisition of its top rival, AppDynamics.

Reader ROI: Carbonite spoiled some of the fun last week when it announced, on a preliminary basis, revenue and per-share earnings for the last quarter of its fiscal year and fiscal year as a whole above previous guidance. Those figures got drowned out a bit by the company’s simultaneous revelation that it had purchased high availability and disaster recovery vendor Double-Take Software for $65.25 million, and today is when we hear Carbonite president and CEO Mohamad Ali discuss the thinking behind that move in his own words.

NVIDIA, for its part, should have nothing but good news to report judging by how many devices bearing its 10-series GeForce GTX processors were introduced at this year’s Consumer Electronics Show. Now let’s see if the company is willing to share anything new about when its forthcoming 20-series GPUs will start arriving.

Reader ROI: OK, maybe that’s overstating things a touch, but February 10, 1996, was the day that IBM’s Deep Blue supercomputer defeated world chess champion Gary Kasparov for the first time. While Kasparov went on to win the match with three wins and two draws in the next five games, that initial loss was not only the first instance of a computer beating a reigning champ in a game with regulation time limits but also the first time many people experienced the fear that comes from knowing computers are fast on their way to outsmarting their makers, a sensation Saturday Night Live captured memorably after Kasparov lost his second duel with Deep Blue in 1997.

ChannelPro Weekly Podcast: Episode #141 - Above All, Change Everything