What’s Up This Week: February 27th to March 3rd 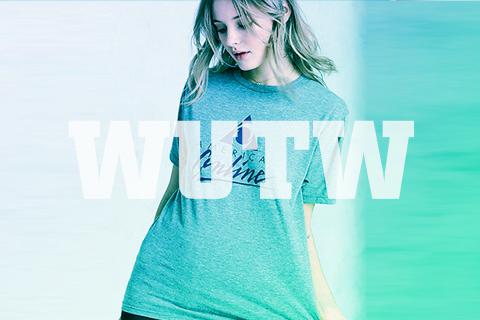 ChannelPro’s first live event of 2017, a giant showcase for new mobile hardware, and an excuse for noting the depths to which once mighty AOL has sunk are all on the SMB channel’s agenda for the week ahead.

A deluge of mobile device product launches, Aruba’s annual user conference, and a reminder of how low poor AOL has fallen are all up ahead for the SMB channel this week.

Reader ROI: Today is officially day one of the giant expo, which next to the Consumer Electronics Show is the year’s largest showcase for mobile hardware, but some of the most important product news was made yesterday. Samsung, for example, rolled out a new tablet and virtual reality headset, and, as expected, opted not to introduce a new Galaxy smartphone as it continues working through fallout from the disastrous debut of its Note 7 handset last year.

Meanwhile, Lenovo’s Motorola unit unveiled the new G5 and G5 Plus, which offer the kind of all-metal case typically associated with premium offerings at sub-premium prices, while LG introduced both a new flagship smartphone and a new phone for the kind of power gulping user who needs to “playback videos continuously for approximately 15 hours, provide navigational directions for about 14 hours or surf the web for around 18 hours,” per LG’s press announcement.

And for those of you fond of throwback hardware, there was also a back-from-the-dead edition of the iconic Nokia 3310 feature phone (pictured) and a new BlackBerry device with a (gasp!) physical keyboard.

Reader ROI: The Hewlett Packard Enterprise subsidiary has been offering technical training since yesterday, but the core content sessions and keynotes don’t start until tomorrow. The folks at Aruba haven’t been coy about what they’ll be discussing either: Mobile and cloud computing, plus the Internet of Things. Look for speakers to discuss Aruba’s recent acquisition of security analytics vendor Niara as well, along with the next-generation security tool based on Niara technology that arrived a scant two weeks later.

Reader ROI: Needless to say, this is the place to be this week if you’re serious about growing your business. Today’s agenda consists of a half-day workshop from SolarWinds MSP featuring product updates and market insights, plus an evening welcome reception. Tomorrow’s packed schedule includes sessions on profiting from IT/telco/print channel convergence, delivering specialized security services, optimizing your company’s business operations now in ways that will maximize its sale price later, and more.

Space is limited, but there’s still time to get in on the action by registering here for this week’s show, not to mention our May show in Chicago, September show in Long Beach, Calif., and November show in greater New York.

Reader ROI: We say “latest” but really this is only the second time the hyperconverged infrastructure leader has opened up its books since its headline-grabbing IPO last September. The company’s share price has settled back to Earth since then, dropping 19 percent since October 1st and a bit under 1 percent since its arch rival SimpliVity got snapped up by HPE for $650 million a month ago. We can’t wait to hear what Nutanix management has to say about that transaction, that sale price, and the state of the hyperconverged infrastructure market generally.

Reader ROI: And tomorrow, furthermore is the 28th anniversary of the day Time and Warner Communications announced plans to merge, a transaction that closed the next year and came 10 years before AOL acquired the combined Time Warner for $164 billion.

All of which serves as nothing more than an excuse to note that AOL’s 90s-era logo now adorns t-shirts made by Altru and sold by Urban Outfitters at $45 a pop. Yes, that’s right: A company once rich enough to afford a $164 billion buyout but that’s since seen its market cap drop from a peak of $222 billion to just $3.92 billion as of last week is now apparently good for little more than helping hipsters make an ironic statement of some kind about those crazy days of dial-up internet access. Tempus fugit, indeed.

Financing and Leasing Are Key to Growth in the IT Channel

ICYMI: Our Channel News Roundup for the Week of September 26th
END_OF_DOCUMENT_TOKEN_TO_BE_REPLACED