What’s Up This Week: August 29-September 2 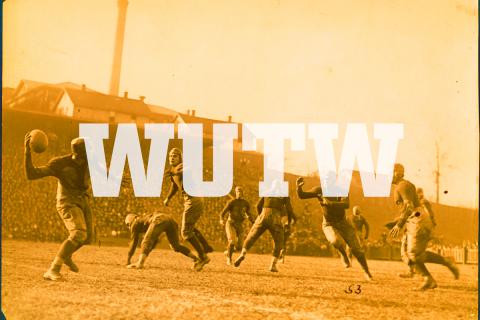 The biggest virtualization conference of the year, product news from StorageCraft and Axcient, and the return of college football all figure prominently in the week ahead for the SMB channel. By Rich Freeman
Tweet

A giant salvo of virtualization news from VMware and its partners, Europe’s biggest consumer electronics show, and the college football matchup of the year (for engineer fans, anyway) are all on this week’s agenda for the SMB channel.

Reader ROI: This is pretty much the biggest show of the year when it comes to virtualization, and while it technically got started yesterday, the first keynotes (which will be livestreamed, by the way) and breakout sessions happen today. Beyond the usual server and desktop virtualization content, this year’s agenda emphasizes network virtualization, hyperconverged infrastructure, DevOps, and especially (needless to say) cloud computing. Fall Out Boy headlines the big Customer Appreciation Party Wednesday night, but if that’s not your thing head on over to the Flamingo for an evening of classic entertainment with these two.

Reader ROI: Yes, we know that doesn’t give you much to go on, but it’s all we can say for the moment. Come on back to this website Tuesday for complete details.

Reader ROI: We’ll tell you what capabilities and which product—and, of course, why it matters—right here tomorrow.

Reader ROI: No, this provider of both business and consumer VoIP services isn’t profitable yet, but it’s headed in the right direction. The company reported a 23 percent year-over-year revenue gain the last time it opened its books at the end of May. Since then, Ooma has rolled out a mobile app for iOS and Android devices and introduced its first partner program. Today’s earnings conference call should offer useful insights into how big a role the channel plays in Ooma’s strategy for the future.

Reader ROI: Is it a bad sign that the cloud CRM leader has been in the news more for acquisitions lately than products? Sure, Salesforce has shipped new customer service “snap-ins” for mobile and web apps, a new customer community solution, and a new integration add-in for Microsoft Outlook in recent months, but it’s purchases of e-commerce vendor Demandware, analytics startup BeyondCore, and word processing software maker Quip (not to mention its failed bid to acquire LinkedIn) have made much bigger headlines. Are those deals part of a strategic master plan or signs of diminishing prospects in core markets? Today’s report and conference call should offer clues.

Reader ROI: Arguably Europe’s answer to the U.S.-based Consumer Electronics Show, IFA is a showcase for TVs, wearables, mobile devices, and more. Though the show itself starts Friday and concludes next Wednesday, the name-brand vendors all begin touting their latest wares at major press conferences a few days in advance. Today, for example, Samsung is expected to introduce the world to its new Gear S3 smartwatch and ASUS is projected to pull the wraps off the ZenWatch 3. Tomorrow, rumor mongers have Huawei unveiling the Nova, a new smartphone targeted at women, and Sony introducing its new Xperia X Compact and Xperia XR handsets.

Reader ROI: Strictly speaking the 2016 NCAA football season got underway last Friday, (in Australia of all places) and the first big day of competition is tomorrow, but today is when the only opening week game that matters to geeks like us gets played. We’re talking, of course, about the big duel between the MIT Engineers and Worcester Polytechnic Engineers for bragging rights as the best Division III NEWMAC conference team whose mascot is an engineer. For some reason or other it looks like no one is televising this game, but you can bet we’ll be following all the action live right here!