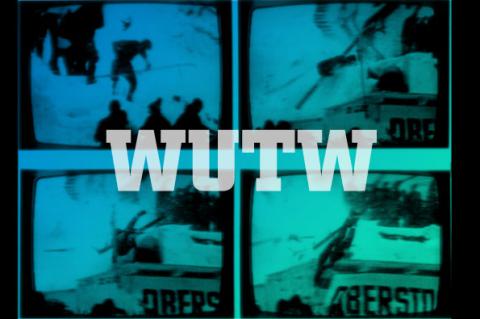 Conferences for Lenovo, Eaton, and (European) ConnectWise partners, earnings updates from a flock of tech industry giants, and anniversary celebrations for the TV show that made a Slovenian ski jumper synonymous with the agony of defeat are all coming up for the SMB channel this week.

Big conferences, big financial updates from big IT vendors, and the anniversary of a big television show that turned a ski jumper’s big fall into the stuff of legends are all up ahead this week for the SMB channel. 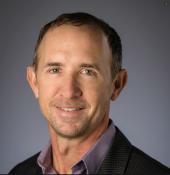 Reader ROI: Expect a little bit of product news and a lot of talk about the hardware maker’s recently introduced Data Center Program, which rewards partners for sales of Lenovo servers and storage products (such as the newly released DX8200D array). North American channel chief Sammy Kinlaw (pictured) may get a question or two from the roughly 1,300 expected attendees about Lenovo’s strategy for the converged and hyperconverged infrastructure markets now that rival Hewlett Packard Enterprise has snapped up one-time Lenovo partners SimpliVity and Nimble Storage. ChannelPro will be on the scene to hear their answers to those and other queries, so stay tuned to this website for upcoming coverage.

Reader ROI: An invitation-only event, the Partner Summit is Eaton’s annual opportunity to flight test new strategies and collect feedback on existing ones from a selection of top resellers. With the shift to cloud computing steadily reducing demand for data center UPS gear, both Eaton and its partners need new revenue sources. Speakers at this year’s summit are likely to discuss both previously introduced options, like the PredictPulse RMM service, and newer ones currently in development. ChannelPro will on site here as well to soak up all the details and pass them along to you later in the week.

Reader ROI: Hosted by the National Association of Broadcasters, the NAB Show focuses on the increasingly merged realms of media, entertainment, and technology. The star-studded speaker list includes Hank Azaria, Larry King, Joan Lunden, Harvey Levin (of TMZ fame), and Chris Hardwick (pictured), who among other things is a TV host, standup comedian, and CEO of self-described “digital media empire” Nerdist. Canon, Panasonic, and Ricoh will be among the over 1,700 exhibitors showcasing new and existing video product offerings in an expo hall spanning more than 1 million square feet.

Reader ROI: If NetSuite’s new status as a division of Oracle is going to pay dividends to its customers and partners, this show is where we’re likely to hear about it first. Partners, by the way, will have a dedicated track all their own on sales and marketing Tuesday through Thursday, plus access along with everyone else to a Wednesday night party featuring former Jane’s Addiction guitarist Dave Navarro’s supergroup Royal Machines (pictured).

Reader ROI: Only the second time ConnectWise has hosted a conference for its European partners, this year’s IT Nation Europe is the latest manifestation of the company’s long-term campaign to build an overseas operation big enough to account for 50 percent of annual revenues. Keynoters include CEO Arnie Bellini (pictured) and managed services guru Gary Pica. ConnectWise isn’t expected to make major product or partner program announcements at the show, but we’ll let you know all about it if they do.

Reader ROI: Part of a recently announced series, the half-day show is designed to help channel partners educate customers about the power and potential of SD-WAN technology. AVANT is one of many one-time telco master agents betting big on SD-WAN, a market that IDC expects to grow at a 90 percent CAGR through 2020 to $6 billion.

Reader ROI: This will be the first financial update from the document imaging mainstay since the biggest product launch in its history late last month and the even more recent introduction of its new cloud-based content management solution for SMBs. Perhaps we’ll hear a few words from newly appointed global channel strategy leader Pete Peterson during today’s investor conference call as well.

Reader ROI: Like all of this year’s ASCII shows, the Boston edition features speaking appearances by managed services M&A consultant George Sierchio, marketing expert Herman Pool, and Frank Abagnale (pictured), the legendary teen-aged con artist played by Leonardo DiCaprio in Steven Spielberg’s Catch Me If You Can. Autotask, Datto, SolarWinds MSP, Pax8, and RapidFire Tools are among the many vendors speaking and exhibiting at the show as well.

Reader ROI: Alas, we probably won’t get answers to the two biggest mysteries concerning these industry heavyweights: Is Citrix really in acquisition talks with Microsoft, and has ShoreTel decided which of the strategic alternatives it’s been pondering since August (which include selling the company) it intends to pursue? Meanwhile, we’ll go way out on a limb and predict that none of the other companies reporting today comes close to ServiceNow’s revenue growth, which was 39 percent year-over-year in its last earnings report.

Reader ROI: One hardly knows where to begin. Can Amazon top the 47 percent year-over-year net sales spike recorded last quarter by its Amazon Web Services unit? Can Microsoft beat the even more astonishing 93 percent revenue increase it reported for its Azure platform-as-a-service offering 3 months ago? How is Intel’s transition from PC chip maker to artificial intelligence/IoT/virtual reality/lots-of-other-stuff vendor (not to mention the recently completed spinoff of its security business) impacting its balance sheet? Answers to these and many, many other questions are just days away.

Reader ROI: Actually, it will have been 56 years to the day tomorrow since ABC’s trail-blazing Wide World of Sports made its television debut. It was another 9 years or so, though, before the program immortalized Slovenian ski jumper Vinko Bogataj as the living embodiment of athletic failure by inserting footage of the horrific spill he suffered during a competition in March of 1970 into its opening credits. If you’re of a certain age, the crash is indelibly etched in your mind. If you’re not, prepare to witness something you won’t soon forget:

Miraculously, Bogataj came away from his fall with only a mild concussion and broken ankle. Perhaps more surprisingly still, he had no idea of his fame in America until 1981, when ABC invited him to a 20th anniversary ceremony for its iconic broadcast, which ran until 1998.

LG Gram for Business 17 (2020): Big Reasons to Like It
END_OF_DOCUMENT_TOKEN_TO_BE_REPLACED