What to Know about IoT Edge Processing 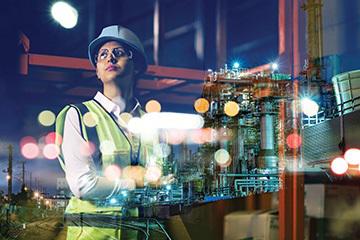 Acting on data where it’s collected, rather than in the cloud, offers faster insights and better security but raises cost and complexity issues that SMBs will need help grappling with. By James E. Gaskin
Tweet

FASTER INSIGHT, LESS BANDWIDTH, AND GREATER SECURITY—that’s the promise of Internet of Things (IoT) edge processing solutions. But that promise comes with added complexity and cost. Moreover, as with any emerging technology, not all solutions are created equal. That spells opportunity for channel pros who can help customers sort through the noise.

Typically, IoT device data streams to a cloud for processing, which requires bandwidth and time. “It may not be practical to backhaul all that data,” says Ramya Ravichandar, director of product management for FogHorn Systems Inc., a developer of edge intelligent software for industrial and commercial IoT solutions in Mountain View, Calif.

In contrast, edge processing allows IoT analytics, data interpretation, and other tasks to be done on-premises, says Steve Hilton, president of MachNation, a Boston-based IoT analyst firm that also runs an IoT platform test lab. That arrangement offers three primary advantages, he continues: “Compliance, since all data is kept on-premises; risk minimization, by eliminating any connectivity latency to a cloud; and physical safety, such as shutting off a piece of equipment based on pre-set rules.”

IoT Playbook is the publishing world’s most comprehensive destination for integrators and solution providers who want to capitalize on the booming phenomenon known as the Internet of Things. IoT Playbook is powered by ChannelPro and its sister EH Media brands CE Pro, Commercial Integrator, and Security Sales & Integration.

Ravichandar adds that edge processing allows you to capture what she calls “perishable insights”—information that requires you to act immediately to gain competitive advantage. “But IoT edge processing is new and still emerging,” she acknowledges. “You have to be able to run an algorithm at the edge to verify the data is useful because of the old ‘garbage in, garbage out’ issue.”

Practical issues can get in the way as well, says Hilton. “Edge devices are relatively expensive compared with other types of IoT devices, and you have to provide A/C power,” he explains. Having the right software is key, he adds, because 90 percent of the complexity is software related. And finally, while cloud processing can aggregate data from multiple devices to get a better overall understanding of the system, “edge devices have a limited view of the system.”

Your software must run in a small footprint as well. “We work with X86, ARM32, and ARM64 processors, and generally have only 150 to 200MB of memory to work in,” Ravichandar says. “There are other apps competing for the available compute resources, so we have to optimize the software to run in as small a footprint as possible to put it on an edge device.”

Not all “edge processing” is the same, either. Ravichandar says some manufacturers claim their solutions process IoT data at the device level, but really send it back to a local data center. While that’s quicker than waiting for a response from a cloud, “edge processing” means device processing, so she suggests verifying that with manufacturers.

For SMBs in particular, Hilton recommends working with an IoT services company or an IoT platform-enabled solution (PES) vendor for help with deploying an IoT edge solution. “These types of companies have preassembled IoT solutions to match their customers’ required use cases,” he explains. “That said, it’s not easy finding services companies or PES vendors offering SMB IoT solutions.”

Proven technical strategies to IoT edge challenges can be hard to find too. “IoT is a bit like the Wild West, and there are no standard ways of doing things,” says Hilton. “There are lots of best practices, but those are highly dependent on the architecture the customer picks for their IoT solution. And there are dozens of IoT architectures.”

That kind of complexity will discourage some businesses from relying on IoT edge devices for processing, data analysis, and data visualization. Indeed, MachNation’s research predicts that by 2026, half of all IoT deployments will be a hybrid mix of edge processing and cloud processing. In at least some cases, though, the benefits of processing information as close as possible to the action will justify the expense and inconvenience involved.

The Intersection of Hybrid Cloud and Identity
END_OF_DOCUMENT_TOKEN_TO_BE_REPLACED

Jabra PanaCast Review - Get Your Huddle On
END_OF_DOCUMENT_TOKEN_TO_BE_REPLACED