What the Future Holds for HDDs 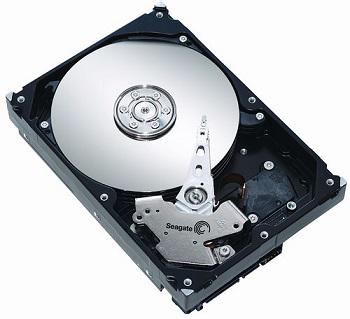 Even with the rise of solid-state technology, hard disk drives are not dead yet. Will they soon be? By James E. Gaskin
Tweet

Hard disk drive technology has had an AARP card for a while-IBM's 350 RAMAC first appeared in 1956. It took a drive with 50 platters in a case the size of two refrigerators to hold 3.75MB. After nearly 60 years, some feel HDDs should be in the junk pile, but technology keeps adding space and speed while cutting size and cost, making HDDs a safe bet for at least another decade.

SSDs (solid-state drives) blanket the news headlines as prices go down as fast as capacity goes up. But rather than replacing HDDs, SDDs complement them.

Chris Morley agrees in practice. Morley is CTO and vice president, technical marketing, for Maingear.com, a Kenilworth, N.J.-based builder of specialized PCs for gamers, video production, and university research departments. "We started pushing SSD drives and caching over two years ago," says Morley. "Better than 80 percent of our desktops ship with a solid-state drive or module. But 100 percent ship with a mechanical hard drive."

While gamers, the bulk of Morley's customers, want fast loading from SSDs, they also tend to have large libraries of music, videos, and photos. "Storing music and movies on SSDs doesn't make sense, because you're not going to watch a movie 10 times faster," says Morley.

Not Dead Yet
"Hard disk drives have been declared dead for years and years," says Greg Schulz, founder and senior analyst at Storage I/O Group, "but they continue to evolve." When pundits predict bits can't get closer together, engineers prove them wrong, breaking through the "barriers" of 1GB, then 1TB, of drive capacity.

"The two newest methods are shingled magnetic recording [SMR] and heat-assisted magnetic recording [HAMR]" says Schulz. "SMR narrows the gap between rows of bits on the platter, and HAMR uses heat to focus better and make smaller bits. Add the two together and you can go for another decade at least."

Both technologies work faster when reading data than writing, but that fits the modern use of HDDs. Performance-minded companies use SSDs for transactions, and use HDDs for static data storage and backup.

For general-purpose computing, Schulz says speed improvements continue. "As internal electronics get more effective, along with better software and smarter caching, a new 5,900 rpm drive can be as fast as an older 7,200 rpm drive, and 2.5-inch, 10k drives can be faster than 3.5-inch, 15k drives."

HDDs Making Inroads
Schulz sees HDDs making inroads in areas that were strictly SDD territory before. "Tablets for business use need more storage than a standard 128GB SSD can provide. New ultra-thin hard drives, only 7 millimeters thick, can fit into Ultrabooks and tablets, sometimes as a second drive." And the way phones are growing, he says he wouldn't be surprised to see a 7 mm hard drive in a "phablet" one day.

Both Schulz and Morley mention Seagate's solid-state hard drive, or SSHD. This unit combines flash memory on the drive's PC board that handles caching while presenting the operating system with the same look as a regular hard drive. No extra controllers are needed to get an SSD-type performance boost on a mechanical hard drive. "This is a good option, since there's a limited supply of flash memory for computers, as cell phones, cameras, and memory cards demand flash memory as well."

And where do owners of SSD devices like tablets and small laptops back up their data? The cloud, meaning data centers full of mechanical hard drives.

Schulz has faith in the continued use of HDDs. "Hard drives will reach their 70th birthday not in a museum, but in production."