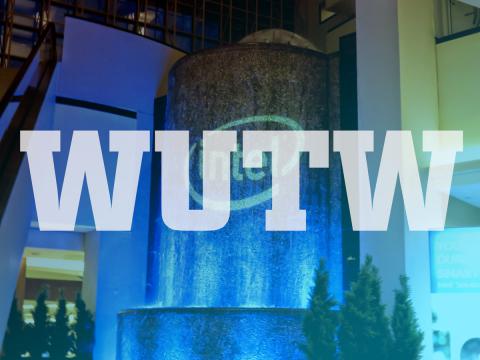 Big Intel and Microsoft conferences, product news from Barracuda, and the latest barrage of April Fool’s day pranks are among the stories that will be making news in the week ahead. By Rich Freeman
Tweet

The week ahead will be an eventful one for Intel partners, Microsoft developers, Barracuda Networks and StorageCraft resellers, and anyone who either loves or hates April Fool’s day hoaxes.

Reader ROI: Back in January, SYNNEX recorded higher per-share earnings despite declining revenues. This time around, analysts expect revenue to be up and EPS down. Distribution market watchers will be looking to see how SYNNEX’s recent performance stacks up against that of two top competitors: Tech Data, which reported an eight percent net income bump earlier this month, and Ingram Micro, which disclosed a 13 percent year-over-year global sales decrease one week earlier.

Reader ROI: The more than 500 partners expected to be in attendance will hear about opportunities in the PC, data center, Internet of Things, and SSD storage markets, among other topics, during Wednesday keynotes from senior execs CJ Bruno and Maurits Tichelman. ChannelPro will be in the audience too, so stay tuned to this website for complete coverage.

Reader ROI: We wish we could tell you precisely what they’re planning to announce, but we can’t just yet. Come back on Tuesday, though, for all the specifics.

Reader ROI: Build is Microsoft’s biggest event of the year for developers. Attendees will be hoping to learn about Microsoft’s plans for Xamarin, the cross-platform mobile app development vendor it purchased last month, and to get details on the next Windows 10 update, the recently released SharePoint 2016, and the forthcoming Windows Server 2016 and SQL Server 2016—especially the latter product’s Linux edition.

Reader ROI: Attendees of the free one-day event will hear about RMM-related topics in the morning and data protection-related issues in the afternoon, and can sit in on both sessions if they want or only one.

Reader ROI: And once again all we can tell you for now is that we’ll have everything you need to know right here on this website come Thursday.

Reader ROI: Since February 1st, StorageCraft has been awarding its partners a $100 credit every time they add a new StorageCraft Cloud Services server image, plus an additional $50 every time they migrate an existing image from the legacy version of that system, which will be shut down soon, to the current edition. Today is your last chance to get in on the action.

Reader ROI: Today’s report should provide an early peek at how the recently introduced Priv, long-struggling BlackBerry’s first Android-powered handset, has been selling. Investors and channel pros will also be listening for further guidance on the company’s plans for Good Technology, the mobile device management vendor it acquired last September.

Google, which supposedly changed its name to Topeka one year and introduced a toilet-based broadband service another, has been an especially active April Fool’s prankster for years. Regrettably for all concerned, however, this wasn’t a prank.

ChannelPro 5 Minute Roundup for the Week of April 19th, 2021

Windows on ARM
5 Benefits of Being a CompTIA Volunteer

Jabra PanaCast Review - Get Your Huddle On
END_OF_DOCUMENT_TOKEN_TO_BE_REPLACED