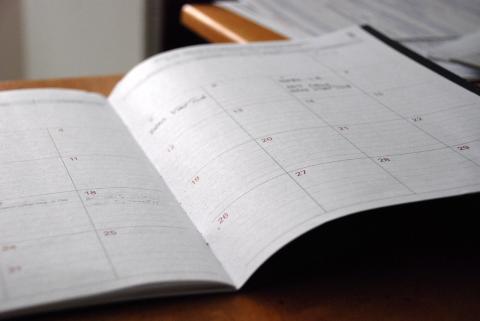 Our weekly preview of this week’s top stories in the SMB channel. By Rich Freeman
Tweet

Product surprises, signage expos, and thrill-seeking, last-minute gift buyers are just a few of the topics that will figure prominently in the SMB channel this week.

Reader ROI: This will be Mimecast’s first earnings report since being listed on the Nasdaq stock exchange last November, and comes after a year in which the company added spear-phishing safeguards to its Targeted Threat Protection product and introduced a new secure messaging system. Analysts are broadly bullish on the company, and expect it to post a $0.03 per-share profit.

Reader ROI: That’s all we can say for now, but ChannelPro will have complete coverage just as soon as Kaseya makes the details public.

Reader ROI: Cato, a network security-as-a-service vendor with former Barracuda Networks VP Glenn Esposito heading up its Americas sales organization, is a vendor worth watching. ChannelPro knows more than it’s permitted to disclose about Tuesday’s news but will have the full scoop online as soon as the story breaks.

Reader ROI: One again, ChannelPro is bursting to share the specifics with you, and will do so when eSentire goes public with them.

Reader ROI: Though few U.S.-based digital signage VARs will be there, most of the vendors they do business with will, and many of those companies will be showcasing new products. Here are a few pre-announced examples:

Reader ROI: The latest numbers come just weeks after Cisco and Ingram Micro launched a new joint network threat assessment offering and just days after Cisco announced plans to buy Internet of Things vendor Jasper Technologies. It also comes days after a rout on technology stocks drove industry stalwarts Microsoft and Oracle down 3.54 percent and 2.06 percent respectively and newer players Facebook and Amazon down 5.81 percent and 6.36 percent respectively. Cisco partners should listen for news about how the company’s ongoing shift from networking towards cloud computing and IoT is progressing.

Reader ROI: LogMeIn was swept up in last week’s tech stock sell-off too, closing down 8.6 percent on Friday, right around its 52-week low. That may have more to do with Wall Street’s somewhat frothy triple-digit price/earnings valuation for the company than with its actual performance in the marketplace, where sales, profits, and growth all appear to be strong. And those, at the end of the day, are the numbers LogMeIn partners should care about.

Reader ROI: According to a recent survey conducted by Kelton Global for digital offers site RetailMeNot, fully 30 percent of Americans in relationships wait until the last minute before making arrangements for Cupid’s big day. If you’re among them and short on creative gift ideas, join the horde and go with the old standbys. Valentine’s Day shoppers will spend $1.7 billion on candy this year, $2.1 billion on flowers, $3.6 billion on movies, restaurants, and other date night activities, and $4.8 billion on jewelry, according to the National Retail Federation.