What’s Up This Week: February 29-March 4 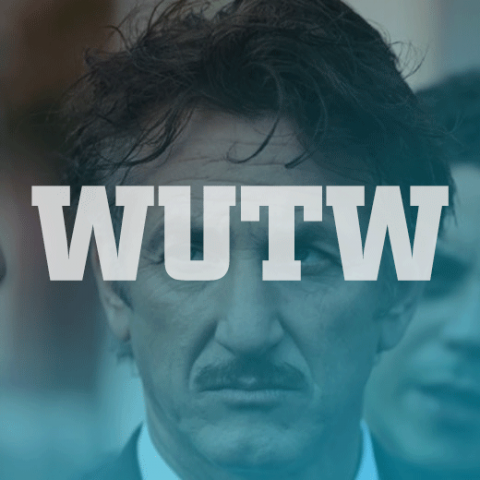 Our weekly preview of top stories in the SMB channel. By Rich Freeman
Tweet

Buzz-worthy product launches, ChannelPro’s first big conference of the year, and no-longer-super supercomputer anniversaries are just a few of the topics that will figure prominently for channel pros in the week ahead.

Reader ROI: As usual, everyone who’s anyone in cybersecurity will be in attendance at this major milestone on the annual IT calendar, with senior researchers and strategists from Sophos, Trend Micro, and Webroot (which will also be showcasing its just-released BrightCloud Threat Investigator solution) joining a host of other speakers from inside and beyond the vendor community. The conference wraps up on March 4th with an appearance by Sean Penn, who probably has a thing or two to say about security these days given that intercepted texts between Mexican actress Kate del Castillo and Joaquín “El Chapo” Guzmán concerning Penn’s Rolling Stone interview with Guzman last autumn reportedly played a key role in the drug lord’s subsequent capture.

Reader ROI: Cloud computing, big data, and digital transformation all figure heavily on the agenda at this year’s event, which also features appearances by marketing guru Guy Kawasaki and Canadian astronaut Chris Hadfield. Less prominent on the session lineup is content about networking, once Cisco’s bread and butter and now a market with declining long-term growth prospects.

Reader ROI: Staged by the Healthcare Information and Management Systems Society, the health industry’s top IT trade organization, HIMSS is to medical technology what RSA is to security. This year’s show features an all-star cast of speakers that includes Michael Dell, Secretary of Health and Human Services Sylvia Mathews Burwell, and quarterback/Super Bowl 50 victor Peyton Manning, who will appear Friday in a “fireside chat” with Carolina Panthers team doctor Robert A. Heyer, M.D. Both gentlemen, in their own fashion, have a recent history with pain.

Reader ROI: Forget RSA, Cisco, and HIMSS. This is the show channel pros should be at this week. Highlights include sessions on underappreciated managed service opportunities, proven cloud sales and marketing techniques, operational best practices, critical business finance metrics, and more. The tour rolls on into Anaheim, Washington D.C., and Boston later this year.

Reader ROI: Our lips are sealed until the 2nd, but suffice it to say this will be a big day in Vertiscale’s young history. Be sure to visit this website for complete coverage.

Reader ROI: Once more, we know everything but will say nothing until later in the week. Keep your eyes peeled here for a full rundown of the who, what, when, and why.

Reader ROI: Three months ago, Hewlett Packard Enterprise reported a nine percent year-over-year drop in enterprise services revenue and a seven percent year-over-year decline in software revenue. Only the company’s server, networking, and converged systems segment saw revenue rise, and just by two percent at that. None of that came as much surprise to analyst Rob Enderle, who in an interview with ChannelPro last December noted that by foiling HPE’s plan to purchase storage giant EMC, Dell has left one of its top competitors without an obvious route out of a deep rut.

“HPE is going to have a really interesting year,” he said. “They’ve got to figure out a way to organically do what they were going to do through acquisitions.” Today’s conference call may reveal what the company has in mind.

As for Tech Data, investors and channel pros will be looking to see if the distributor’s last quarter was any stronger than that of recently-acquired Ingram Micro, which reported a 13 percent year-over-year global sales dip precisely one week earlier.

Reader ROI: Oh how “super” has changed when it comes to computing in the years since our nation’s bicentennial. The hulking Cray-1, which weighed 5.5 tons and cost $8.8 million, came with a whopping eight megabytes of memory and a top processing speed of 160 megaflops. By comparison, the Intel HD 530, part the chipmaker’s Skylake CPU family, is capable of reaching 1,152 gigaflops, which is to say 7,200 times the Cray-1’s comparatively un-super performance. You can also run it at safe temperatures without assistance from anything like the Cray-1’s then innovative Freon-based cooling system.

ICYMI: Our Channel News Roundup for the Week of March 4th
March 8th, 2019

ICYMI: Our Channel News Roundup for the Week of January 20th
END_OF_DOCUMENT_TOKEN_TO_BE_REPLACED