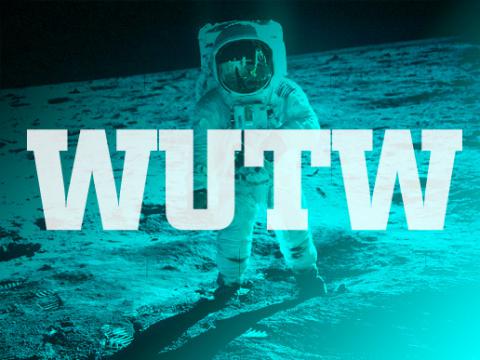 A quartet of distributor conferences, news from Webroot and Sumo Logic, and premature panic attacks for anyone who still hasn’t paid their taxes are all in store for the SMB channel this week. By Rich Freeman
Tweet

The SMB channel’s week ahead includes major events from three of the industry’s top distributors, smaller events from StorageCraft, Continuum, and SMB Nation, and a tax day false alarm.

Reader ROI: If you’re among the more than 1,300 partners expected to attend, get ready for updates on the distributor’s newest cloud offerings (some of which will be very new indeed—hint, hint) from Ingram Micro’s Renee Bergeron and Nimesh Dave. Also keynoting at this year’s show are one-time moon stroller Buzz Aldrin (pictured, in earlier days) and Thomas Dolby of She Blinded Me with Science fame, who more recently has been consulting with Silicon Valley startups and advising venture capital firms. ChannelPro will be on the scene with complete coverage.

Reader ROI: The first of two semi-annual events for members of SYNNEX’s Varnex partner community, this year’s Spring Conference will offer attendees a chance to learn about established and emerging market opportunities from senior SYNNEX executives—including CEO and chairman Kevin Murai—as well as top vendors. ChannelPro will be covering this event live too.

Reader ROI: The third of this week’s four disti events, this one will offer up insights on finance, sales, and people management from Tech Data executives as well as product and market updates from leading vendors. In addition, leadership expert/funnyman Jeff Havens (pictured) will discuss creating a culture of fear, demoralizing employees, and other things managers shouldn’t do in a presentation entitled “Unleash Your Inner Tyrant!” As further proof that we get around here at ChannelPro, we'll have in-person updates from this event too.

Reader ROI: And that tantalizing hint is all we can give you for now. Come back tomorrow for more information.

Reader ROI: Once more, we must leave you hanging on the specifics for now, but will have details for you right here on Tuesday.

Reader ROI: Promotional materials on HTC’s website suggest that battery life, camera clarity, and sound quality will all be selling points for the new device, which is expected to be named the HTC 10. Its predecessor, the HTC One M9 (pictured), won praise from reviewers but made little headway with consumers. HTC badly needs its new handset to be a hit.

Reader ROI: You might not think anyone out there is still running this ancient (in IT years) edition of Microsoft’s database platform, but odds are good at least a few of you still have customers using it. And after today they’re on their own as far as security updates are concerned, because Microsoft won’t be issuing patches anymore unless you pay them handsomely for a “custom support” contract.

Reader ROI: Held the same week and in the same city as SYNNEX’s Varnex Spring Conference, Red, White & You is for partners that do business in the federal/state/local government, education, and healthcare verticals. This year’s agenda features a keynote by Edward Davis (pictured), the former commissioner of the Boston Police Department responsible for the frenzied, massive, and ultimately successful manhunt for the perpetrators of the Boston Marathon bombings.

Reader ROI: These free half-day events cover StorageCraft’s solutions, partner program, and product roadmap, and feature an hour of technical training as well. There are 19 stops in all on the tour, which runs through May.

Reader ROI: The free one-day conference focuses on RMM-related topics before lunch and data protection afterwards. Attendees can come for the whole show or either half.

Reader ROI: Well, not really. Tax day actually falls on April 18th this year, because government employees in Washington D.C. have April 15th off in honor of Emancipation Day. In fact, taxes will be due on the 18th again next year and the 17th the year after that. Still doesn’t feel like enough time to complete your return? Just thank your lucky stars you’re not living back in 1914, when the first tax day took place on March 1st. Not that there weren’t comparative advantages to being a taxpayer in those days. Federal income tax rates started at 1 percent for income over $3,000 and topped out at just 6 percent for top earners.