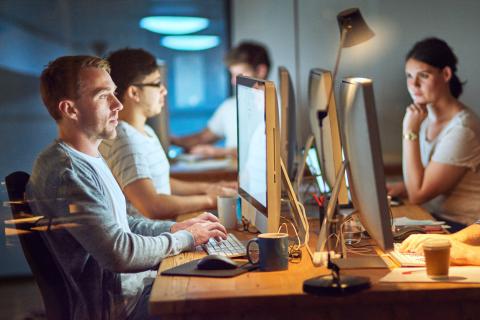 Sometimes the best—or only—way to move your business ahead is to leave an employee behind. By Carolyn Heinze
Tweet

WHAT SHOULD YOU DO when an employee doesn’t fit into your company’s culture, even after coaching? Sometimes, experts and channel pros say, the only way to keep your business moving forward is to leave that person behind.

Cultural misfits pose a threat because they can pollute the entire organization, according to Manuel Palachuk, a Boca Raton, Fla.-based IT-focused business consultant and author of Getting to the Next Level: A Blueprint for Taking You and Your Business to the Top. “If you’ve got somebody who is not good for the culture, they’re going to teach bad culture to the new people, and those new people are going to carry it on,” he says.


Palachuk counsels solution providers and MSPs to compose a statement that defines the organization’s culture, vision, mission, and values. Rayanne Buchianico, owner of ABC Solutions, a Dunedin, Fla.-based accounting firm focused on serving MSPs, had not considered the importance of this exercise until last summer. Then she had an epiphany during a talk Palachuk gave at an industry conference: One of her six employees just didn’t fit into her company’s flexible, team-focused, informal culture, despite her impressive qualifications and experience. As a result, morale was suffering and clients were starting to complain.

On the plane home, Buchianico wrote her cultural statement, which says, in part: “…flexibility in all things regarding schedules, client needs, and the best path to the solution is more important than rigid rules …” When she presented it to her team, the employee in question didn’t engage in the discussion that followed, prompting Buchianico to have a private conversation with her. She received the employee’s resignation letter later that evening.

“I did not necessarily fire her, but I gave her the opportunity to fire herself, and, quite frankly it was a relief,” Buchianico recalls. “The one person fighting the culture of the company will bring down the whole team, especially in a small office.”

Since this experience, all of Buchianico’s existing employees have completed the CliftonStrengths talent assessment, which measures natural patterns of thinking, feeling, and behaving; job candidates are asked to do so as well.

“I don’t know that I have the answer as to how I can avoid hiring a culture misfit again, but I’m certainly going to try my best to make sure that we don’t bring somebody in who’s going to be so different in personality and vision of what they’re looking for in a career.”