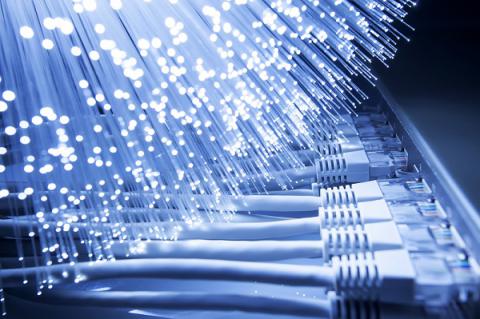 The new revision of the Wi-Fi standard enables wireless communications to reach gigabit speeds that equal, or surpass, those of wired counterparts. Should you care? By Martin Sinderman
Tweet

SMBs should probably wait a bit before diving into implementation of the latest in wireless networking standards. The newest revision of Wi-Fi, 802.11ac Wave 2, is a technology that enables wireless network communications to reach gigabit speeds that equal, and sometimes surpass, those achieved in wired counterparts.

Fully compatible with access points and routers based on the previous 802.11ac Wave 1 protocol, Wave 2 supports speeds up to 2.34 Gbps in the 5 GHz band with multiuser multiple input and multiple output (MU-MIMO). That provides the option of using 160 MHz–wide channels and a fourth spatial stream for greater performance, explains Elias Aravantinos, principal analyst on wireless and mobility with ACG Research.

Major players, including Cisco Systems Inc., Aruba Networks (an HP company), and Ruckus Wireless Inc., are starting to bring first-generation Wave 2 products to the marketplace, according to Aravantinos. But for now, Wave 1 and its predecessors rule, and likely will for a while. “ACG believes that in the past year devices supporting Wi-Fi standards before 802.11ac accounted for more than 30 percent of access points shipments, and more than 50 percent of revenues globally,” he says. Wave 1 is dominant today, he adds, and will continue to be so for two to three years. “Consumer- and enterprise-class Wave 2 solutions will emerge near the end of 2015.”

Enterprise demand for Wave 2 devices is slow, Aravantinos notes. “Wave 1 APs have a theoretical maximum of 1.3 Gbps and cost substantially less than Wave 2 devices,” he says, “and enterprises can achieve the wireless speeds they need today with Wave 1.” Also, Aravantinos notes, “Wave 2 is very premature; the main reason [is] that the overwhelming majority of clients deployed today aren’t Wave 2 capable.”

Indeed, much of the SMB community is still in the process of getting its client device base up to speed with Wireless n, explains Matthew Tisdel, network engineer for Pivotal IT, a Spartanburg, S.C.-based support and services provider. The current costs of upgrading APs and client devices to Wave 2 specs exceed the benefits for SMBs in most use cases. “If you need to connect two locations that are five miles apart or are separated by several buildings, and your only other choices are burying fiber or going to MPLS [Multiprotocol Label Switching], using directional antennae and Wave 2 is a great option,” Tisdel says. “But at this point, there is no reason you need to spend $2,000 on a new router and revamp your entire infrastructure to implement this protocol.”

Aravantinos agrees. “I suspect that the majority [of SMBs] are still using 802.11n technology, and thinking of transitioning to Wave 1.” He adds, “Wave 1 can fully cover the needs of today’s SMB, so I don’t expect to see any particular rush to Wave 2 during the next two years or so.”