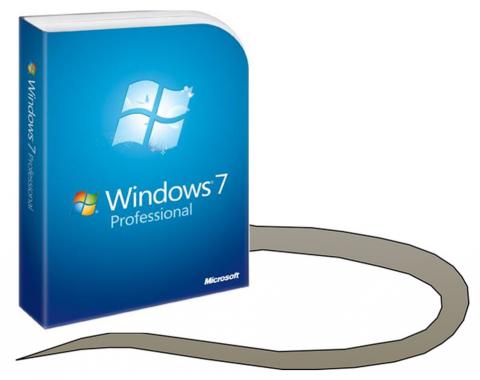 Over a third of end users plan to use the graying but much-loved operating system until Microsoft cuts off extended support in 2020, according to the results of our most recent reader survey.

Welcome to the world, Windows 10 Creators Update! Now brace yourself for a long, slow struggle for adoption.

Actually, the latest edition of Microsoft’s Windows 10 operating system, which officially reached market 2 days ago, probably isn’t an essential upgrade for a lot of Windows users in any event. But the Windows 10 update popularly known as “Redstone 3” could have a tough time working its way onto PCs too this fall, when Microsoft is expected to ship it.

Its chief competition, needless to say, won’t be Apple’s MacOS or Linux but Microsoft’s very own Windows 7. Recent data from Spiceworks, the Austin, Texas- based IT professional community and administrative tool maker, suggests that the now nearly 8-year-old operating system is still the overwhelming favorite among desktop and laptop users, commanding 69 percent of the market. By contrast, just 9 percent of PCs are on Windows 10 at present, according to Spiceworks, and just 5 percent are running Windows 8.

Interesting data, but we’re incapable of leaving well enough alone here at ChannelPro, so we decided to check those figures for ourselves. After filtering out people who neither sell nor support PC hardware, we asked respondents to our latest reader survey how many of the PCs their clients use today are powered by Windows 7.

Like a voice across the ether, we can practically hear the people at Microsoft asking the inevitable follow-up question: Just how long do all those computer owners plan to stick with Windows 7, anyway?

Quite a while, it seems.

According to nearly 53 percent of survey participants, Windows 7 will stay right where it is until customers get around to buying new PCs. And fully a third of polled readers expect Windows 7 to remain in use until Microsoft cuts off extended support, which isn’t slated to happen until January 2020.

Disturbing figures to be sure if you’re Microsoft, and made even worse by the less than 3 percent of survey respondents who say their clients will upgrade to the next version of Windows when they see a feature they like. Functionality, the chart above suggests, doesn’t much figure in people’s operating system decision-making.

“Price-sensitive buyers hang onto their PCs until they break,” he says. “If something works, they like to keep it. My auto mechanic finally gave up his DOS machine, which a reseller had been keeping going forever, just a few years ago.”

Hear that, Microsoft? The newest editions of Windows 10 could be duking it out for PC market share with DOS. Windows 7 will be around for quite some time to come.