Vox Channeli: Membership Has Its Privileges 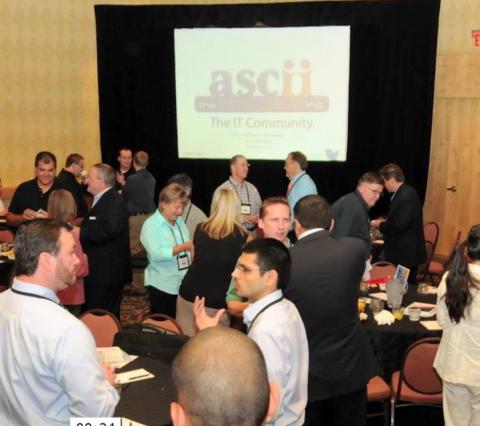 Our most recent reader survey reveals that over 40 percent of channel pros belong to an IT membership group, and that big majorities of that contingent call best practices advice and peer insights the top benefits of belonging.

IT industry membership organization meetings have been in the news lately, or in our news at least. Two weeks ago, it was CompTIA’s Annual Member Meeting in Chicago. Last week, it was the Anaheim, Calif., stop on The ASCII Group Inc.’s 2017 IT Success Summit tour. And both times, the conference rooms and hallways were loaded with MSPs and resellers enthusiastically sharing knowledge with one another.

It was the same story at the HTG Peer Groups Q1 meeting in February too. Indeed, if you attend these kinds of gatherings as often as we do, you could be forgiven for concluding that channel pros are big believers in membership organizations.

But are they, or are looks deceiving? There’s only one way to know for sure, so we went straight to the source and asked our readers, starting with the most obvious question:

A little over 2 out of 5 of the participants in our survey, it seems, belongs to an IT membership group, but a little under 3 out of 5 don’t. What, we wondered, is keeping them away?

We let poll respondents pick as many of those options as they wish, and their top choice clearly was never having considered the issue. Among those who have given joining a group some thought, however, the number one obstacle appears to be the cost.

That result didn’t exactly shock ASCII Group president Jerry Koutavas, who hears it all the time. Not surprisingly, though, he begs to differ. Members of his organization get price breaks from IT vendors and distributors; discounted business insurance, shipping, and office supplies; marketing assistance; and more.

“The cost for membership is minimal compared to what you’re getting out of it,” Koutavas says.

And frankly it’s not the material benefits of signing up that he has in mind when making that statement. The biggest reason to be in a membership group like ASCII, Koutavas argues, is the free-wheeling communication with peers and access to best practices advice.

“It sort of snowballs,” Koutavas says of that interaction. “When people participate and hear great information being discussed and good ideas being shared, they’re more open to sharing it as well.”

But don’t take his word for it, channel pros. Here’s what respondents to our survey said were the greatest rewards of belonging to a membership group:

Events, webinars, and product information all scored strongly. But as Koutavas might have predicted, membership group participants said in big numbers that they value the insights they get from their peers and experts above all else.

Something for those of you who haven’t given membership groups much thought to think about.

The ASCII Group Appoints Kimberly Nielsen to its Member Advisory Board
May 2nd, 2019