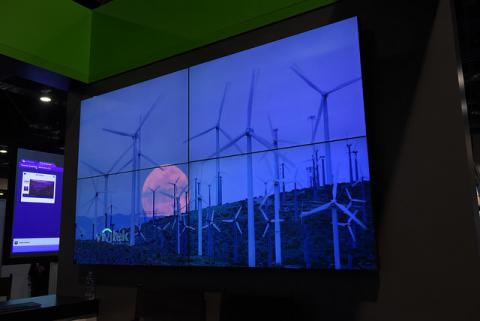 Responses to our latest reader survey suggest that a surprisingly large number of channel pros offer signage solutions, but that the main reason others don’t is they simply haven’t thought about it before.

The 2017 Digital Signage Expo is currently underway in Las Vegas. Why aren’t you there?

No, seriously, setting aside your packed calendar, overstuffed inbox, and overextended travel budget, why aren’t you attending the year’s biggest showcase for new signage hardware, software, and services? We ask for a couple of reasons:

1. Digital signage is a big market, and getting bigger. Global spending on signage solutions will grow at a 5.2 percent CAGR to $23 billion by 2023, according to researcher Global Market Insights Inc.

2. A majority of you need to be keeping up with what’s new in digital signage.

And how do we know that last statement is true? Because we asked you about it on our latest reader survey:

How about that? Nearly 58 percent of the respondents to our poll currently offer digital signage solutions. We don’t know how often, of course, so it could be that a lot of the people who answered “yes” only sell signage occasionally, when a particular client needs or asks for it. Looks like they’re coming out ahead on the deal either way, though, based on the responses to our follow-up question:

Digital signage may not be the biggest money maker on the average channel pro’s service lineup, but it’s clearly pretty profitable. So what’s keeping that other 42+ percent of survey participants who don’t currently offer signage out of the market?

It appears our readers are well aware that there’s profit to be had in signage, and skills and complexity don’t seem to be barriers either. The two top reasons respondents to our poll don’t do digital signage turn out to be lack of demand among customers and simply not thinking of it before.

That first objection is totally legit, by the way. Some verticals are heavier consumers of signage solutions than others, and if you specialize in one of the lighter ones it might not make sense for you to focus much on this kind of thing.

However, if the main reason you’re not presently a digital signage service provider is that you haven’t considered it, now might be a good time to start doing some considering. Fortunately for you, we have lots of good resources to help you with that.