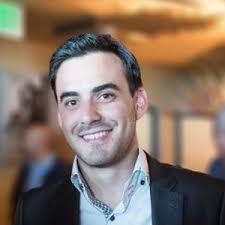 VADE SECURE has leveraged the accumulated knowledge gained over a decade of providing email content filtering for ISPs and telcos to develop AI-based email security for Office 365, sold 100% through the channel.

The low maintenance required for Vade Secure for Office 365 is a key appeal for managed service providers, according to Adrien Gendre (pictured), chief solution architect at the France-based company, which began expanding internationally a few years ago. “We don’t want to be a project,” he stresses.

Rather than replace Office 365’s built-in security like some competitive products, Vade Secure augments it, Gendre says. “We’re not the first hop, but the second one,” he explains. By being embedded in Outlook, and utilizing graymail and junk mail folders, the solution is transparent and “MSPs don’t have to train users for another product.”

Gendre says the data and threat intelligence gained by protecting over 600 million mailboxes in 76 countries is another differentiator. Vade Secure uses that knowledge to refine its machine learning and AI-based engine to improve performance via its own analysis and end users’ feedback

And Vade Secure has continued to enhance both the product and its technology partner relationships. In July, the vendor announced new automated remediation capabilities, and in June, Vade Secure and BDR vendor Datto revealed a joint solution exclusively for Datto partners. Also in June, Vade Secure announced financing from VC firm General Catalyst, which the company plans to use to accelerate growth and global expansion.

For MSPs partners, which Gendre says number around 800 now, Vade Secure offers free training as well as a partner portal with access to marketing and technical materials.

As margins from Office 365 have shrunk, Gendre says Vade Secure’s solution provides a revenue-enhancing opportunity without a heavy lift. “We want them to sleep at night, [and] get margin back while having a low-maintenance solution.”

The Road to Success Is Paved with Service
END_OF_DOCUMENT_TOKEN_TO_BE_REPLACED

Jabra PanaCast Review - Get Your Huddle On
END_OF_DOCUMENT_TOKEN_TO_BE_REPLACED