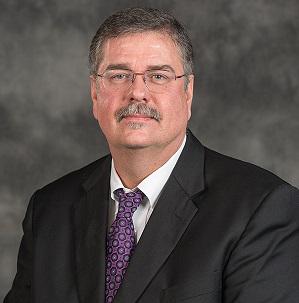 WARREN NICHOLSON believes Nfina Technologies can best “the big-box guys” on several fronts: technology, price, and the way the maker of server and data storage products treats customers and channel partners. “They become part of our family, and we take care of family,” says the president and CEO, who founded the Mobile, Al.-based company in 2012 after selling his industrial network switch company in 2010.

Initially Nfina built cloud infrastructures and offered hosting, but changed its focus to storage and BDR after customers praised the cloud speed. “It was because of the hybrid storage with the SSD and caching,” Nicholson explains. “Today we’re doing it with NVMe caching.”

Nfina’s servers, data storage, PCs, and workstations target the midmarket. Based on Intel motherboards and servers, Nfina products are manufactured, assembled, tested, and shipped from the Mobile facility. “Everything we build is custom to order,” says Nicholson.

Nfina offers a 5-year warranty, which Nicholson says is a differentiator and lowers total cost of ownership. And, he adds, because Nfina products “are 100 percent free of bloatware, adware, spyware, or trackingware,” cybersecurity threats are reduced.

While Nfina sells its products direct as well as through the channel, it is shifting more toward the channel. “We’re recruiting channel [partners] at a pretty good clip,” he says. “We’ve got hundreds of these resellers now.”

Nfina offers referral and rebate programs, territory exclusivity, same-day quoting, same-day turnaround for critical orders, sales and marketing support, U.S.-based technical support, and qualified sales leads. The company is developing a partner portal that will enable resellers to generate quotes on their own.

Plans for 2019 include storage software and a dashboard monitoring system, a firewall appliance, and virtualized software. “A follow-on roadmap product is going to be threat detection,” Nicholson says.

5 Benefits of Being a CompTIA Volunteer

Jabra PanaCast Review - Get Your Huddle On
END_OF_DOCUMENT_TOKEN_TO_BE_REPLACED