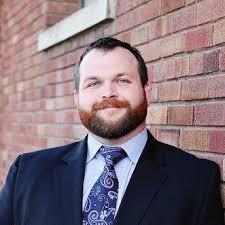 “LAND, EXPAND, AND EXPLODE” is Egnyte’s motto, and the path it has followed from its roots in 2007 as a cloud file server to its status today as a SaaS-based platform for secure file sharing and content governance. It’s also a path that customers follow—once their understanding of the platform expands, use throughout the organization explodes, according to Austin Garner (pictured), vice president in charge of the global channel.

He credits the firm’s thought leadership with keeping Egnyte ahead of the curve. “We were well in position to outlast the race to the bottom for the cloud storage wars and position ourselves into a secure collaboration platform where customers leverage Egnyte as a central repository for all their business data,” Garner says.

Now, notes co-founder and Chief Customer Officer Rajesh Ram, the market has entered a new phase “where protecting data is really front of mind.” Egnyte responded to that need by adding Egnyte Protect, a smart content governance system comprising content classification and access control services. “We find the channel’s very interested in bringing those types of solutions to the customer,” Ram says.

In addition, the Egnyte platform integrates with both Microsoft Office 365 and Google G Suite. “Our customers are clearly embracing both of those at a furious pace,” Ram says, and Egnyte plans to go deeper with the integration. “It's an ongoing part of our roadmap.”

Also on the roadmap is the continued development of the channel program, which over the past five years “has really been growing into a strong part of our revenue,” Garner says. Egnyte is approaching 300 global MSP, VAR, and referral partners, and developing a lead-generation program. It has a partner dashboard for central administration and governance as well.

Garner indicates that channel partners also seem to be following the motto: “We've had some serious explosion across the last 18 months when it comes to our channel program.”

Ransomware Rescue: How to Recognize and Avoid a Data Hostage Situation

EDR vs. AV: What You Need to Know
END_OF_DOCUMENT_TOKEN_TO_BE_REPLACED