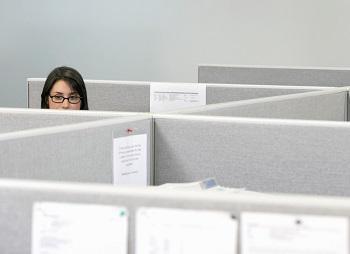 Charging per user simplifies business for MSPs and helps with cash flow, plus it can boost the bottom line over time. By Martin Sinderman
Tweet

Pricing and billing IT services on a per-user basis, as opposed to charging monthly per-device fees, not only makes business less complicated for managed services providers, but also stands to help MSPs even out their cash flow and, all else being equal, make more money in the long run. Making it work this way, though, requires that MSPs take the necessary time on the front end to make sure they have a good handle on what it costs for them to service their clients.

Until fairly recently, per-device pricing was the predominant model by which MSPs calculated how much to charge ongoing clients for services, a matter of simply multiplying the number of PCs and servers by a per-unit price to arrive at a monthly fee. But a couple of major IT industry trends-namely device proliferation and the growing adoption of cloud-based computing-have caused many in the business to ditch that model in favor of pricing on a per-user basis. For one thing, proliferation of devices and changes in officing patterns have made per-device pricing burdensome from an administrative standpoint, as well as difficult logistically. The range of devices an MSP is expected to cover for a monthly fee has greatly expanded in both number and geographic scope over the past few years, from basically servers and desktops in fixed premises to laptops, smartphones, tablets, and other hardware used by mobile employees in all sorts of locations.

"We used to charge per-server and per-desktop," says Vince Tinnirello, founder and CEO of Anchor Network Solutions Inc., a Lone Tree, Colo.-based managed IT services consulting firm that specializes in working with small businesses. "But when we started to see more mobile devices, we knew we didn't want to start saying, '$5 per month for this, $10 for that ..." And, even more important, MSPs that rely upon per-device pricing run the risk of losing money as their clients move more and more computing to the cloud.

"You don't want your monthly recurring revenue base to be cannibalized by cloud-based services, and that is exactly what can happen with device-based pricing," says Tinnirello. As an example, Tinnirello describes a case in which an MSP is supporting a client with two servers at a per-device charge of $500 apiece, for a total of $1,000 per month. "And if that client decides to put one of those servers in the cloud, and they understand they are being charged per device, they will expect their bill to be cut in half, from $1,000 to $500-which may or may not make sense for the MSP."

Doing the Calculations
Determining the price per user of managed services is obviously a matter of dividing the cost of providing services, which are typically bundled together on an all-for-one-price basis, by client headcount. "During the onboarding process, we get an initial list of supported users, and maybe twice a year we audit and reconcile with the client," explains Tinnirello. Figuring out how much it costs to deliver managed services to a particular client, as well as how to quote that client a competitive price on an all-inclusive, per-person basis, is not an exact science, says Tinnirello.

"There is some guesswork involved." In addition to factoring in components such as payroll and software licensing fees, the MSP needs to make some estimate of how high- or low-maintenance the client in question will be. The analytic process is accompanied by plugging in a desired profit margin, Tinnirello notes, "and then you need to come back in a year to assess the profitability of the contract."

Per-device pricing works in some unique situations. "But in my experience, per-user really works well in helping make MSPs really profitable," says Stuart Selbst, CEO and president of Stuart Selbst Consulting, a Tempe, Ariz.-based consultancy that works with MSPs of all sizes. "At the end of the day, with per-user pricing, MSPs will have more recurring revenue and be able to build more equity in their businesses," Selbst says. "And their clients are also happier, because with all-in-one pricing, they don't feel 'nickeled and dimed' to death."