Is Unlimited Cloud Storage Even Possible? 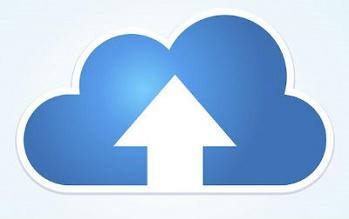 Many companies have touted unlimited cloud storage. Most have failed when put to the test. By Jonathan Blackwood
Tweet

Usually, there’s a disclaimer attached to these types of boasts. A restaurant will offer free pizza for a year, with the stipulation that one pizza max can be ordered per week. A lottery ticket will claim the top prize of $2500 a month for life, and it turns out there’s a cap on how long that person’s life is allowed to last before they’ll stop getting paid. Bottomless coffee cups actually have bottoms and all you can eat buffets can run out food. It’s a marketing ploy that still provides a great benefit, but it’s understood that there’s a limit to how unlimited the prizes might be.

However, according to Jared Newman in a recent article for Fast Company, unlimited cloud storage is no ploy. It’s simply a miscalculation. The problem comes down to misunderstanding the market. Says Newman:

In case this isn’t obvious, providing unlimited storage to an unlimited number of people isn’t possible on a technical level. Every cloud storage service, limited or not, is paying for every gigabyte, which means costs go up as people consume more storage space. Providers of unlimited storage are merely hoping that the low-volume users will be profitable enough to subsidize the gluttons.

The case of Bitcasa, a cloud storage platform that attempted unlimited storage several years ago, is given in Jared’s article. The assumption was that enough low-volume users would make up for the high-volume users and ultimately turn a profit. Instead, a large amount of high-volume users immediately signed up, and the cost of handling their data was unsustainable. In addition, the mere offer of unlimited storage encouraged users to store more simply for being able to do so. Bitcasa was forced to raise unlimited pricing from $99 per year to $999 per year before doing away with the offering altogether.

Then there is the case of the abusers. These are the people that come to the all you can eat buffet and take it as a challenge. In the case of Microsoft, some users were exceeding 75TB of storage, 14,000 times that of the average user. The problem comes first in deciding what constitutes abuse, and second in identifying the abuser. If your mom loves taking pictures of the grandkids and wants to back up billions of photos and videos, well then she’s not abusing anything. But if your cousin is running a homegrown streaming video service using his unlimited cloud, that violates terms of service. The problem is that monitoring or viewing this data in order to catch the violators is a breach of privacy, and the good violators will have encrypted their data anyway.

So what’s the solution? Essentially, it comes down to keeping storage and related costs low while eating the cost of unprofitable losers. It’s not the most appetizing answer, but companies using their own hardware rather than cloud providers have had some success in this arena. Couple that with more advanced software that serves the right purposes, and we could be on our way.  Until then, buyer beware. Unlimited might mean expansive, but probably won’t mean infinite.

Jabra PanaCast Review - Get Your Huddle On
END_OF_DOCUMENT_TOKEN_TO_BE_REPLACED