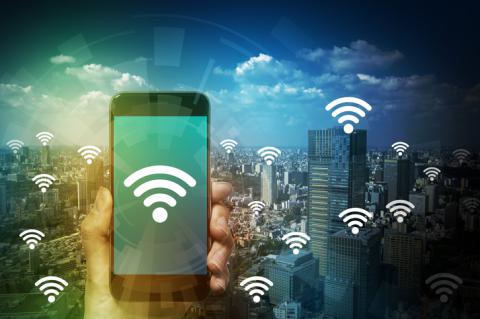 The Wi-Fi standard slated for approval in 2019 promises to boost performance and capacity. By Martin Sinderman
Tweet

A NEW WI-FI STANDARD that promises many improvements over existing protocols, 802.11ax is all-but-officially ready. But it’s likely to take time for it to enjoy widespread adoption in the marketplace, which gives channel pros an opportunity to learn about its benefits as well as the types of environments where it will be especially useful.

Slated for ratification in 2019, 802.11ax is the latest in the line of 802.11 WLAN standards developed over the past 21 years by the IEEE. It builds upon the success of 802.11ac, adding features designed to enhance performance, particularly in terms of capacity. This is critically important in a world where pressures on wireless networks and access points (APs) from steadily increasing user populations are growing rapidly.

While not necessarily faster than its predecessor, “802.11ax is smarter and more efficient in how it uses the wireless spectrum, which translates into better performance and capacity on the wireless network,” says Shamus McGillicuddy, senior analyst, network management, with Boulder, Colo.-based Enterprise Management Associates Inc.

Key elements of 802.11ax, according to McGillicuddy, include orthogonal frequency-division multiple access (OFDMA), which enables an AP to assign “blocks” of capacity to better communicate with multiple devices. This will improve Wi-Fi performance in places like sports stadiums, hotels, airports, train stations, and apartment complexes, where phones, laptops, tablets, and a plethora of other devices seek simultaneous connections with a single AP.

Meanwhile, 802.11ax’s overlapping basic service set (OBSS) technology will enable APs to better handle interference from competing signals, according to McGillicuddy, while a Target Wake Time (TWT) enhancement will conserve energy in Internet of Things hardware with long-life batteries by enabling administrators to schedule specific times when a device, such as an HVAC system reporting energy usage, “wakes up” and communicates with the AP, as opposed to having to constantly check in.

Look for adoption of 802.11ax technology to take longer than with previous 802.11 standards, according to Craig J. Mathias, principal of Ashland, Mass.-based Farpoint Group. Many businesses remain happy with 802.11ac “because it gets the job done,” he says. Eventually, however, use of the new standard will be all but universal. “In five to six years, all you will see in the market is 802.11ax,” Mathias says.

As Wi-Fi networks get increasingly saturated and the benefits of 802.11ax become more apparent, he adds, it’s important for channel pros to get educated about 802.11ax now.

“It’s not too early to become prepared and knowledgeable about this,” Mathias says. After all, he notes, “You don’t want to be sitting in front of a client asking you about 11ax, and not know what they are talking about.” If you have to say you’ll get back to them, “you are not going to win the deal.”

Time for MSPs to Carry the Mantle of Leadership
END_OF_DOCUMENT_TOKEN_TO_BE_REPLACED