Why can’t we achieve more? That’s a question serial entrepreneur Luke Walling constantly asks of both his business and his charitable endeavors.

The founder of Temprano Techvestors, the parent company behind a growing North American security distribution business, has gotten deeply involved in local education to achieve better outcomes for teachers and their students. It often starts by asking why, he tells me. 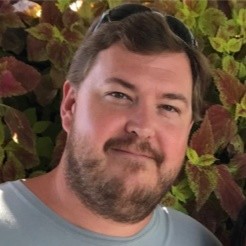 Walling (pictured) says this comes from his entrepreneurial background of setting higher goals. Now he is working to apply entrepreneurial thinking to public schools in North Carolina’s Catawba County.

His involvement in location education started when he went back to his roots in Newton, N.C., a small rural neighbor of Charlotte and about an hour from his childhood home, to raise his family and later start Temprano. He wanted to ensure his son would have the best outcome from the local school system.

Walling joined the new parent-teacher organization at his son’s elementary school, and as part of that group started setting goals for new classroom resources. “We set targets for ourselves, and we began asking the community for money,” he says. “The fundraising initiative we did in our local school was the first of its kind in the entire county, and most of the stuff is not particularly special.”

He says the group applied business experience to the effort, employing direct mail, social media campaigns, and Google AdWords. “It was just going out and asking a community that’d never been asked for money,” he explains. In just a few years the group raised several hundred thousand dollars for technology, creative arts programs, and science tools. “It was very much driven by passion from the parents and an engaged principal driving this change to get people involved, and it’s branched out from there.”

So has Walling. He and his company are now involved with the county’s K-64 initiative, a public-private education partnership that aims to connect students and employers through local educational programs that help shape future careers and meet workforce demands. It’s a program that addresses “the life of a person in our community from kindergarten to retirement,” Walling explains.

As a member of the K-64 technology committee, Walling says they are helping educators “figure out how to implement better tools inside of our schools to engage kids. … We spend a great deal of time helping them think entrepreneurially, helping educators and people involved in education initiatives come to decisions faster, [and] find a path to the creative, more engaging solutions to [achieve] better outcomes for kids and educators.”

Through the K-64 connection, Temprano Techvestors has also participated in career technical education programs, in which local students visit businesses to learn about what they do, and has offered up its offices as free meeting space for local educators gathering for leadership and other workshops.

In addition to the K-64 initiative, Walling is a board director of the Catawba County Schools Foundation. And in 2014, he established both the Cathy P. Walling Visiting Artist Endowment at Appalachian State University in memory of his late mother (a 1978 Appalachian graduate, painter, and clay artist) and the Wey Hall Renovation Fund.

For its part, Temprano has found interns for its software engineering team through K-64. “We’ve had good success in partnering back with this group, and actually finding local college students,” Walling says. “Our very first was actually hired, so it turned from an internship into a full-time position.”

Temprano employees, many of whom live in the community and have children in the school system, like the company’s involvement, Walling says.

“In a nutshell, we work to make sure that all of the education initiatives we participate in have maximum impact across our whole community. We’re attempting to take the ideas that we’ve found are successful, and scale them across the whole community to gain, let’s say, maximum benefit for not just social good, but the future of what is a pretty small community.”