Tech Preview: Sure Bets and Long Shots for IT in 2017 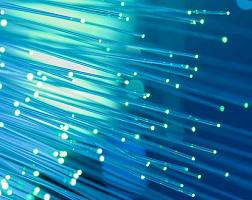 In our annual tech industry preview, ChannelPro-SMB shares safe and not-so-safe predictions from a selection of experts, analysts, and soothsayers. By Rich Freeman
Tweet

Election day 2016 dawned with nearly every member of the political media predicting a victory for Democratic presidential candidate Hillary Clinton over Republican challenger Donald Trump. And as we now know, those predictions were wrong.

So you can probably understand why we here in the technology media are a little hesitant to prognosticate about pretty much anything, let alone what lies ahead for the IT industry in 2017. Rather than risk a miscalculation of our own, we approached a selection of experts with steelier nerves and asked them to make can’t-miss, slam-dunk, sure-bet predictions for the year ahead. Then, in the spirit of Trump’s victory, we invited them to propose a few riskier possibilities too. Here’s what they told us.

Security
As no channel pro needs reminding, 2016 was a brutal year for security, a fact that goes a long way toward explaining Mike Semel’s gloomy sure bet for 2017. “It’s going to get worse,” says Semel, who is CEO of Semel Consulting LLC, a security and compliance advisory firm. “The longest shot, truthfully, is that it’s going to get better.”

That goes double for ransomware, he adds, mostly because it pays so well. “We’re hearing from the FBI and other sources that it’s a successful business model for the bad guys,” Semel notes.

That suggests a further safe bet for this year, he continues: MSPs who are sloppy about security and obeying data privacy regulations will lose customers in growing numbers. Diligent providers, by contrast, will profit handsomely at their expense. “They should make a lot more money,” Semel says.

Mobility
That more people with more devices will engage in more mobile computing this year is a proposition so safe that no casino will make odds on it. Jack Gold has an ancillary prediction that looks to be almost equally certain. “No matter how much bandwidth is available, it’s not going to be enough,” suggests Gold, who is principal analyst at J.Gold Associates LLC.

That’s despite the pending introduction of 5G wireless technology, he adds, which probably won’t arrive in a big way until 2020 anyhow. “By the time it gets here we’re already going to be deploying so many devices wanting so much rich media and data that it’s still going to be a challenge to supply everybody with all the bandwidth that they want,” Gold says.

If you’re looking for a riskier wager, try betting against the world’s most valuable company. “The long shot is that Apple can continue accelerating its market share the way it has, because I don’t think it can,” Gold says.

At least as far as smartphones are concerned, he elaborates. That market is nearly saturated everywhere except places where people can’t or won’t shell out big money for premium devices like the iPhone. To make matters worse, Gold continues, Apple has done a poor job lately of giving its existing customer base good reasons to step up to newer iPhone models. “The innovation curve has slowed down dramatically,” he says.

Cloud Computing
When it comes to the cloud, the sure thing for 2017 is expanding use of software-as-a-service applications, according to Dave Seibert, CIO of Irvine, Calif.-based solution provider IT Innovators Inc.

And before you start rolling your eyes at what sounds like a painfully obvious prediction, understand that Seibert isn’t talking about collaboration and communication platforms like Microsoft’s Office 365.

“Email SaaS is so five years ago,” Seibert says. The action this year will be in more sophisticated offerings like line-of-business software and internet telephony. “To have enterprise phone service used to be very expensive,” Seibert notes. “Now because of software as a service and voice hosting anyone can spin up two telephones for $25 a month.” MSPs who don’t act on opportunities like that soon, moreover, could be in for a rude shock when clients start abandoning them.

“You need to layer on additional SaaS offerings to stay competitive, and your client needs them too,” Seibert observes. “It’s a win-win.”

That’s less true of his long-shot bet that increased workplace use of always-listening virtual assistants like Amazon’s Alexa and Microsoft’s Cortana will start saddling MSPs with thorny and unfamiliar security challenges. “We’re going to have to start learning to secure things that we don’t know how to secure,” Seibert states, if not this year then soon enough afterwards.

Digital Signage
Soon enough has finally arrived when it comes to 4K signage displays. All the rage a year ago at conferences like the Digital Signage Expo, they were too expensive then for most buyers and use cases, says signage expert Alan Brawn, of Brawn Consulting Inc. With prices dropping, 4K-worthy content accumulating, and affordable media players powerful enough to deliver that content arriving steadily, 2017 will be a different story, he predicts.

Brawn foresees a similarly rosy future—in the long term at least—for displays equipped with direct-view LED technology, which uses light-emitting diodes to produce images rather than backlight them. Such products are extremely bright and dependable, consume less power than LCD panels, offer the best color accuracy and refresh rates available today, and have no bezels, making them a great pick for building seamless video walls. Most of them, however, have big fat price tags right now too, so mainstream adoption is a long shot for the year to come.