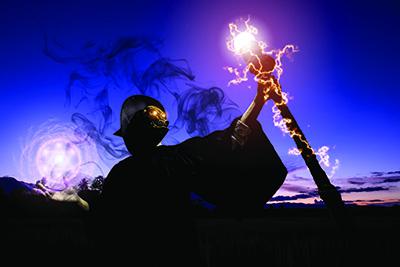 Our annual preview of the year ahead in technology includes predictions of what will happen and descriptions of what would happen if the experts we consulted ruled the world. By Rich Freeman
Tweet

That doesn’t make possessing it any less tempting, however, and especially for IT industry prognosticators. They have a pretty good sense for what lies ahead in the year to come, and in more than a few cases it differs from what would lie ahead if they controlled the universe.

We can prove it too, because ChannelPro asked some of its favorite industry savants to tell us both what will happen in 2018 and what would happen if they ruled the world. Here’s what they said.

Enormous breaches involving millions of records at companies like Equifax, Uber, and Yahoo were all over the news in 2017, even as ransomware attacks spiked 2,000 percent above 2015 levels, according to Santa Clara, Calif.-based security vendor Malwarebytes Inc. So it’s hard to imagine the security landscape getting more dangerous in 2018.

Unless, that is, you’re a security expert like Ian Trump, chief technology officer at Octopi Managed Services Inc., a Canadian managed security service provider with a cyberthreat research lab in the U.K.

“I kind of feel like something bad is going to happen,” he says. As in really bad. Hackers grown bored with compromising databases, he fears, will soon start attempting bigger feats with life-threatening implications.

“Envision things like a drawbridge opening in rush hour due to hacking, or two ships colliding in a port due to some sort of hack or GPS spoofing,” he says. “I see the threat level going up substantially, and I see the potential for physical harm from a cyberattack coming.”

“I see the threat level going up substantially, and I see the potential for physical harm from a cyberattack coming.”

Not that data is out of the crosshairs, however. Trump foresees a new class of exploit aimed less at stealing information than at altering it in hidden and dangerous ways. Imagine, for example, a cyber-extortionist informing a medical device manufacturer that some of its pacemakers contain a surreptitiously implanted software flaw, and then demanding a few million dollars for instructions on nullifying it before anyone dies.

“Integrity controls such as blockchain, or audit capabilities and self-detection of an anomaly, will become an important factor in fighting [that],” Trump says.

Assuming, of course, that security vendors create those controls. If Dave Seibert ruled the globe, makers of security solutions would start doing a better job at developing the technologies channel pros need to protect their customers.

“The tools in the market are not really where they need to be yet,” says Seibert, who is CIO of Irvine, Calif.-based MSP and solution provider IT Innovators Inc. “I would sure love to wave a magic wand and have some better security in place so that the breach count starts going down versus continuing to go up.”

Charles King would put end users on the hook too, if he could, by imposing mandatory jail time on CEOs who take security lightly. After all, notes King, who is president and principal analyst at Pund-IT Inc., of Hayward, Calif., the people responsible for most breaches aren’t exactly Lex Luthor.

“Essentially, the companies that they’ve hacked have done the equivalent of leaving their garage door open, and these guys have simply waltzed in and stolen them blind,” King says. The prospect of a little time behind bars would probably get business leaders thinking seriously about security in a hurry.

Diversity Focus Webinar: WANTED: (More than) a Few Good Women in IT
END_OF_DOCUMENT_TOKEN_TO_BE_REPLACED

Jabra PanaCast Review - Get Your Huddle On
END_OF_DOCUMENT_TOKEN_TO_BE_REPLACED